Plot:
Muse A, that would be you, has a pretty amazing life on the outside: A nice big home, well off family. You even have a beautiful, smart girlfriend named Nanako who you just started dating, and a dependable best friend Muse B who have both stuck with you through your highschool years as a close trinity of camaraderie. However as it is all roses have their thorns, and yours is a secret you wouldn't dare let escape to the light of day. You would do anything to keep your secret just to yourself.

Today Muse B was't at school, Nanako got worried and insisted the two of you check on them. Arriving at your missing friend's home you seemingly can't find them anywhere. Nanako decides to give Muse B's phone a call and asks you to go up and check their bedroom. Upon entering the room, nothing seemed off aside from an opened notebook on their desk.

Feeling a tad nosy Muse A checks the notebook, their blood runs cold as among jumbled nonsense their secret is written in excruciating detail. Muse A snatches up the notebook, tucking it into their bag and goes downstairs just as Muse B walks in through the front door out of breath.

Unbeknownst to Muse A, they now hold Muse B's life in their hands...
Will Muse B get a chance to explain themselves before something terrible happens, and will Muse A even listen to the crazy happenstance that has been occurring behind the scenes of their seemingly average lives? What lengths will they go to keep their secret a secret? 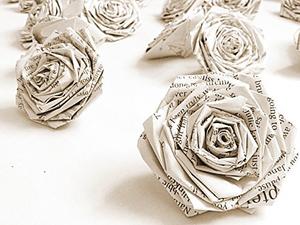 Rules:
Standard ES array, semi-literate (500-1000 words) to as much as you want to write - I want to have fun and I tend to match what I'm given in any event so please don't feel shy to contact me. Anime or illustrated art, not real people please. This thread in particular is very anime inspired so be advised. To join simply fill out Muse A's Skeleton and PM it to me. Romance can be MxF or FxF, and your character can feel any-which way about the people around them - you just so happen to have been in a relationship at the start of the thread who knows what will happen by the end.