The Red String of Fate 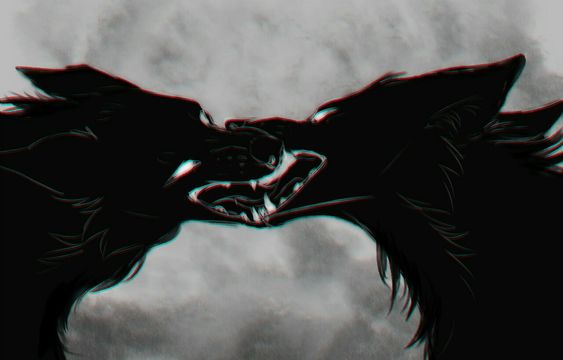 The Red String of fate

Werewolves were always known to have a mate by the age of 18. Some were able to find their mates sooner others struggle. You were one of them struggling to find your mate. You searched everywhere. There was no in your pack or in the neighboring packs. It wasn't until one day you cause a scent, this scent wasn't like any other it made your heart race wildly in your chest. It had to be your mate! When you raced to find the owner of the scent you paused seeing a male neko. It wasn't strange to see these creatures roaming around. There were many of them, they were a lowly creatures. You growled out of anger but your fluttering heart told you other wise. Haruki Shima was his name but you really didn't know that as soon as you seem him you turn other way and ran.

You were angry how could your mate be whole other species and a male on top of that. You raced back to your pack told one of the elders. When you told them that your mate was bloody male cat all the did was laugh. It was like they didn't believe you. You snarl as you ran off to a place of solitude to think. You spent days there until finally you went back to see Haru. You approached him just as he was leaving. You were bold pulled him into a deep kiss. Haru froze in place as the two of you spoke you knew this was you mate. Of corse no believe but you know he was, it seemed that Haru felt the same.

Haru really had no idea you were a werewolf. He honestly thought you own a lot of dogs. It was until one when he was waiting for you he was attacked by a werewolf from your pack. It seemed that you had many followers that desired to be with you. When you came across the scene you were shocked. You honestly thought that you mate died you still took him to the hospital in hope that they could save him. It seemed pointless, the doctors even told you that Haru might not make through the night. You stayed by his side until the very last moment.

*This is the rough idea that I have.
>I need some who can play a male werewolf
> This is anime or Illustrated pic only
> This Rp will be MxM
> Also need to be able to write 1000+ characters
>Also you need to be at least 18 or older please.
** Thank you **
-Luki

Luki   Haruki   26d ago
'Cause darling, I'm a nightmare dressed like a daydream...
*This is the rough idea that I have.
I need some who can play a male werewolf
This is anime or Illustrated pic only
This Rp will be MxM
Also need to be able to write 1000+ characters
Also you need to be at least 18 or older please. There will be romance and violences.
** Thank you **
[b Please Pm if you want to join!]
-Luki