{The Thief and the Princess} Zelda x ganon 1x1 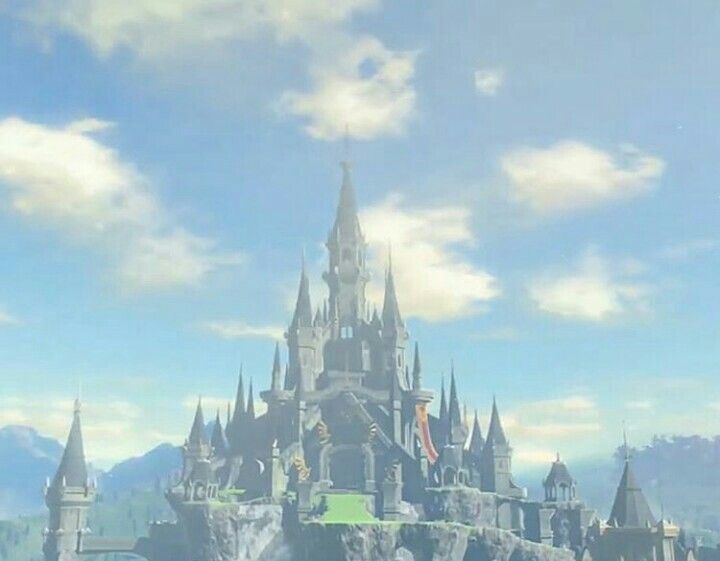 Throughout the countless ages war has ravage the land once blessed by the three goddess. Ganon; fueled by his lust for power and his insatiable thirst for vengeance constantly ravishes the land with his horde. Killing women and children and enslaving others till at last he's goal is met. In response out of desperation the Princess Zelda calls forth a hero. Guided by the ancient spirits across the Land the hero comes and vanquishes Gannon once and for all. but than what?

Hyrule rebuilds its towns. The orphans and widows bury love ones and the hero of time is sent away to return only when the evil once again descends upon the land. Such needless bloodshed always comes before salvation. Throughout the generation there has been no way to stop the continuous war brought about by the mad man's desire to unite the triforces and grant his wishes. Till now.

Under the guises of Night, Zelda travels deep within the heart of the Desert of the Guerudo. Seeking out the king of evil himself, she comes carrying a proposal. One which might very well change the fate of the world of Hyrule forever and might well one-day stop the very bloodshed which has dyed the city in it's blood.

Marriage. That is the proposal Zelda raises to Gannon, a chance to unite to different races of people. But the only question which can be ask is how will the Dark king himself take to it?

Gannon, 22 year's old and Chieftain of the exiled Guerudo's.

Disclaimor, this is base off of a manga called "the tale of two rulers. This isn't my original idea.

Please, don't quite on me! I really, really, want to see this story through! I don't mind playing either Zelda or Gannon.

Lien_Braska     58d ago
I'd really be interested in this but I'm more comfortable playing females. I'm new to the site and fell in love with your ad so... How do we do this?

[i As the winds blew across the desolate land of the Gerudo, death rode upon its coat tails. In the morning the blazing heat brought thirst and starvation to those who tried their hardest to cultivate the land. Whilst at night, it brought nothing but a chill wind freezing those who fell asleep only for them to never wake again. Harsh lands developed harsh people. It was only practical that those who needed to survive so desperately began to take desperate measures.]

[i First, it was nothing more than stealing food from travelers who got lost in the desert. Than it gradually moved to espionage and going further away from the original nomadic homes of sand people into countries far and wide, and eventually. As if on accident, the Gerudo discovered it. The lands blessed by some unknown goddess whose blessing was denied them for centuries. This beautiful land was blessed with winds which brought life. Instead of brown sand which crumble underneath their fingers, the grass flow betwixt their fingers. It was some miracle, something so pure and yet at the same time unbelievable.. This land… could only be one land… It was none other than the land that brought life. The land known as]

[center [u [i Hyrule.] ] ]
It was the distant but distinct burning upon his right hand which awoken the king from his slumbers. In his palace walls there seemed to be something admiss. Here, in this lifetimes, his people had found refugee from the cruel wind by building up walls around their fortress. An oasis of life sat within the middle of their square and in this time peace was found throughout the entirety of Hyrule. Rising up from the middle of the throne room the imposing man stalked out towards the entrance of is throne room and into the noon time sun which beamed down upon them.

The women were going about their daily business. Most eyes looked down at the ground or avoided him. He had no illusions that there was love for him; these women merely tolerated his presence because he was king by birthright. But the night upon his coronation they made it abundantly clear that they wouldn’t follow him into battle. Not in this life. Not at the cost of another witch hunt which almost saw his people wiped from this Earth.

He had no need to see her blonde locks, azure eyes or porcelain skin to know full well who would be foolish enough to enter his domain without fear. The royal guard flanked him at once with their spears held high walking in step behind him. “Is this such a wise thing O King?” A voice question and the male turned spoke softly his voice low.He hardly knew if this was an idea. But fate would lead to their eventual clashing and whether it was done through the fires of wars or near the rivers of peace in Hyrule was inevitable. In this life, Gannon preferred it be thre Later.

[b “Let her enter..”] his voice came out booming and at once there was no resistance to his order. Stepping aside weapons were lowered and all heads bowed to the Princess of Hyrule

[center [b “Welcome Princess Zelda. What pleasure do I owe this visit?”] ]

Lien_Braska   Princess Zelda of Hyrule   7d ago
The land here was a stark contrast compared to that of her own lands. While hers was green, lush, and filled with creatures of all variety... these lands only seemed to have hardened and transformed the very people who occupied it to be just as hard. It wasn't a bad thing... but it was very different and there were so many in her country who still looked down upon these different sorts. Despite all of that... these people had managed to make a home here. It was what she admired about this land... the people still fought to live.

Her advisors had told her that this was a mistake. Many times they had tried so hard to persuade the young woman to stay out of this land and leave the people to struggle with just surviving. She couldn't bare it... couldn't bare the idea of children suffering in the streets from dehydration and hunger. She had swore to change this country for the better, even if it meant sacrificing herself to the wolves.

The doors in front of her swept open by the hands of the guards and quickly people were beckoning her forward and bowing. All of this movement did not take her attention away in the least from the man in the middle. Tall and foreboding were the first words to come to her mind. His red hair was wild, and his face was indeed hardened by a life here.

A man scurried forward and announced her as she started to stride forward. "Her royal highness, Princess Zelda of Hyrule." the man announced and she could barely hold back the eye roll from these formal habits. Her beautiful white and pale blue gown easily made her stand out amongst those there. Her hands clutched at her side while her vibrant azure eyes locked to his own as she strode in with her head held high. She stopped just a bit over 20 feet from the throne.

She drew a breath, making her chest rise before she began to speak directly to the ruler in front of her. "Thank you for allowing me this visit. I have come to speak to you directly about a deal I do believe could benefit both of our lands, but these deals would be best spoken about in private." She kept her eyes on his, as though daring him to deny her a private audience when there was so much to gain.