This will be a freelance zombie apocalypse survival group roleplay.
We will be starting two weeks after the outbreak so you may work on your starter post from there.

Everyone already has the virus. It's just a matter of whether or not the virus is dormant or active.

A zombie bite kills you because of the infectious agents that reside in a zombie's mouth, not because of the virus. The virus only brings the dead back with an insatiable, unquenchable hunger for humans and only humans.

During the dormant stage, the pathogen is asymptomatic. The host will thus remain healthy despite being technically ‘infected’ and will continue to remain so as long as they are alive. It's only after the host dies that the pathogen enters the active stage and the body rises as a zombie or if the host is bitten/scratched by a zombie that it becomes active.

The Active stage causes zombies. When an individual is bitten by a zombie, the active pathogen is transmitted into them as well as other infectious agents that reside in a zombie's mouth. 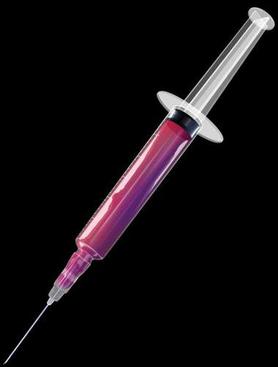 THE VACCINE
The vaccine is only a temporary cure that can be made from an immune person's blood. This vaccine can only save an infected person during the fever stages. It will not work on zombies or anyone who failed to receive it after the first five days of the fever.
NO CURE
There is currently no true cure... Although the immune may provide an answer to a true cure. Their blood has been seen to cause the virus to aggressively mutate the infected both genetically and physically to a point that caused this apocalypse to happen overnight. It seems only during the fever can it revert the virus back into a dormant state safely.

To join this rp you need to fill out the character skelly provided below and pm me it.

▸
Mistakes happen, so double-check your work for typos and correct them to the best of your ability before posting.

▸
No controlling people's characters without permission.
▸
Minor godmoding allowed. You can have your glory moments just in moderation, please.
▸
Character drama and conflict are highly encouraged as well as fun/creative plot twists.

▸
Mature themes such as strong language, acts of violence, blood, and MILD gore will be present. Try not to trigger anyone.
▸
Stick to real-world weapons. I don't want to see any Magic or Syfy BS.
▸
Only accepting human or zombie characters, please.
▸
No cybering. Keep romantic relationships SFW and on the back burner.

▸
Your post should make sense. Your characters need to behave in ways that are semi-realistic, and if they don’t, you need to have a good reason to justify why . If things unfold in a way that doesn’t make any sense, you’ll make it difficult for others to respond to your post.

Image:
picture of the character you will be using so I can find and link the right profiles.
Username:
Your username
Name:
Whats your characters name?
Age: 15+
Minors will be limited to one weapon, teenagers two, and adults three.
Gender:
male, female, other?
Role: Asymptomatic
, Infected, Zombified,
Immune ⇠ This role will be LIMITED and is Not first-come, first-served...
3 Arsenal:
primary, secondary, third.
Fault:
What's something about your character that other characters won’t like?