"Spotted; Theodora Thompson stepping off the of the train, suitcase in one hand and a cigarette in another. Sunglasses covering her eyes, and people rushing by, not really noticing that the Upper East Side's princess is back in town. Who knows the real reason as to why she's coming home, but we will soon find out the truth behind her homecoming. Looks like you aren't getting the kind welcome you might have wanted princess. Make sure you keep your friends and lovers close folks, because there's something nobody knows, but sooner or later the secrets will come out of hiding, and there will be hell to pay. -Xoxo Gossip Girl-"

Theodora Thompson is back in New York City, after being shipped off to boarding school for her whole High School experience. No one knew the real reason as to why her father had sent her away, all anyone knew was shit had gone down, she had gotten out of control, and Matthew had to send his only child away. Now that she's back in town, she's changed. She's more edgy than when she had left. She had cigarette's in hand, and tattoo's on her skin. Everyone was rushing past her and not paying her any attention. That was until one of her father's many ex-girlfriends spotted her, and sent a photo of her to Gossip Girl. Soon enough word was getting around that she was home, and Theodora wondered if her old crew would be around to welcome her with open arms, not knowing that her whole life would come crashing down around her the moment she got home.

Phillip, Male Two, Male Three, Male Four, Female Two, Female Three, and Female Four, were all wrapping up their final summer before they were all going their different ways for college, and making a name for themselves. Female Two had been Theodora's best friend, and she had taken it the hardest when Theodora left. She felt like her whole world came crashing down around, and she didn't feel like she could go on. If it hadn't been for her whirlwind romance with Phillip, she would have gone into a deeper depression, and the two of them wouldn't have been able to heal each other. Phillip and Theodora had been really close as well, and the two were like siblings, so when Phillip got word that Theodora was gone, he had shut himself away from the world, and didn't want anything to do with anyone.

When Phillip and Female Two were coming back around, was when they met Male Two, Male Three, Male Four, Female Three, and Female Four. They felt like they could all heal together. So when they got the news that Theodora was back in town, they knew shit was about to hit the fan. They small group did everything they could to avoid running into Theodora, but knew that they wouldn't be able too forever. As the days passed, Theodora was finally able to reach Phillip and Female Two, and the three had agreed to meet up and talk. The rest of the group would be on standby just incase something happened between the three old friends. Meeting up at their normal spot in Town Square at the duck pond was the best thing for all three of them. It was a public place after all.

When the three friends met up, there was something different about Theodora. She was different, and she seemed more distant than when she had been here the first time. The three spent a good couple of hours just talking about everything, and anything you could think of. Female Two was willing to forgive Theodora for leaving without saying a word, but Phillip wasn't as willing to forgive Theodora. What'll happen when Theodora starts coming around for the last couple weeks of summer? Will Male Two, Male Three, Male Four, Female Three, and Female Four be able to welcome Theodora into their group? What'll happen when everyone's secrets start ending up on Gossip Girl's page? Will they forgive one another, or will it tear the eight young adult's apart? You'll never know unless you join High End Friends.

The cast of High End Friends. 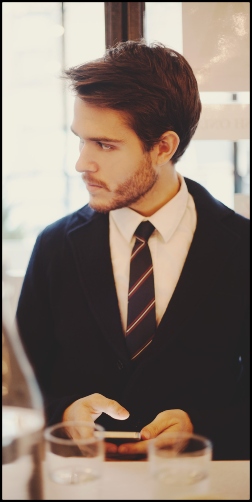 What I need from you.

I'm going to make this super easy on you. This is going to be a mature story line talking about drugs, drinking, and pretty much anything else you can think of. You must be Eighteen years old to even think about applying for this thread. I will not budge on this period. But I would like you to send me this small skeleton in a Private Message.

See it's not that hard. Please make sure to title your message Upper East Side so I know you read this, along with the rules below. Please make sure that everything I am asking for is in the message as well. Now onto the lovely rules.

The rules of High End Friends.

First- The pictures are going to be real. None of the over used shit either. If it's too big, I will ask you to resize it to a smaller size. If you can't find one to your liking, simply message me and ask me for help. I would be more than happy to help you look, or edit your picture for you. Just don't get mad at me, if I ask you to change/edit it.

Second- Romance will be a part of this story, but not at first. Just like in real life you have to work up to it. It's not a love at first sight type of thing. Cybering is a no on this site, if you want to keep the story line going, then we can move this to e-mail, or just skip it all together. That won't happen for awhile though, so we won't need to talk about that right away.

Third- Joining and then ditching is a no. If you don't like where this role play is going, simply message me and we can plot something out. Or if you are simply bored of it, and don't want to do it anymore, simply message me and tell me. I won't be mad if you get tired of it. Just if you join and then never post, is when I will be slightly annoyed with you. So please, at least talk to me about leaving the thread.

Forth- Plot twists is a must. I love plotting things out, and see where we want it to go. It's not that hard to become my friend either. So if you have something in mind, and wanna run it by me, all you gotta do is message me and be like 'Hey! I have an idea, and I just wanted to see what you thought about it!'. Because honestly I will do the same thing to you, so don't be surprised if you get messages from me about ideas.

Fifth- Stealing this idea is a no. It's something that's important to me. If I see anything like it, or someone stealing the main idea I will make it known you stole it from me. I have worked hard on this idea, and if you like it that much, ask me if you can borrow it. Just make sure to give me the credit for it. I will most likely say yes to letting you borrow it, as long as you ask me first.

Sixth- Posting. I know we all have lives outside of this site. I work full time, and sometimes on my day's off I'm not always on until later that night. So if you need a couple of days to post, I'm okay with that. If you are gonna be gone for a week or two, please let me know because if you don't, then I'll think you ditched out on me. I will do the same thing for you as well. If I can't post, or having a hard time I will make sure to let you know.

Seventh- We can talk about this having and ending, or we can keep it long going. I really don't mind what we do. We can always add in more characters down the line as well. I can play up to four characters at a time. So if you want to add in more Drug Addicts or Counselors then let me know and I'll add in two more myself. If not then it'll just be the four we have right now. All you have to do is send me a message and let me know, simple as that.

Eighth- Please for the love of God don't message me over and over asking when I'm gonna post. That's something I really hate, and it get's on my nerves when that happens. I like to take time on my posts, and I like to make sure it's the way I want it. If you see me online, I'm most likely working on my post, and making sure it's done right. If I take two weeks to post, that's when you can message me and ask what's going on. Other than that, do not bug me to post, and I will not bug you to post either.

Ninth- I love details inside of my role play's. I can post well over 1,000 words. Yes I said 1,000 words. That's only if I have the right partner, and if I have a lot in my head for a post. For this story though I'm only looking for about 500-600 words a post. If I need to put a posting limit I will. Anything less than that, and I will lose interest, or it'll take me longer to post because I don't have anything to work off of. So please don't make me put a posting limit.

Tenth- Doubling will be required for this thread. As you can see I'm playing a male and female role. So you are required to do the same. If you only apply for one role and not the other, I will ask you to fill out a skeleton for the second character as well. If you still refuse, then I will deny you the spot all together. I'm doing this to make it fair on everyone who joins. Sometimes it's a good thing to step out of your comfort zone and try something new.

Eleventh- Now that I'm done sounding like a total bitch, I want this to be enjoyable for the both of us. That's what writing is about anyway. Having fun, and making something beautiful together. So please enjoy writing with me, and let's make something amazing, and see where this will lead.
Romantic
Straight
Dating
Drama
University
Video Chat Kumospace [Everyone] Gather.town [Everyone]