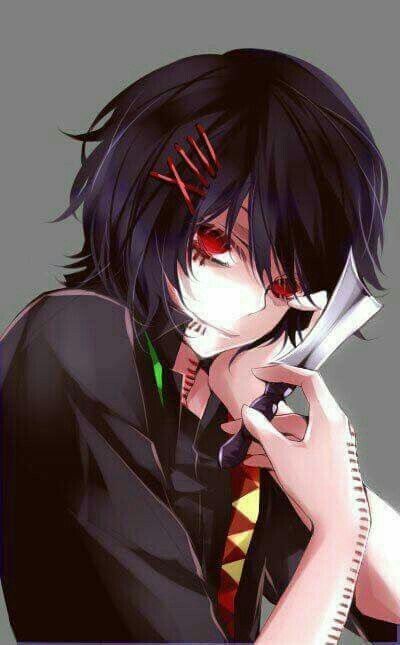 Simply a Journal / Storage space.
So stay out.
Other
Video Chat Kumospace [Everyone] Gather.town [Everyone]

-Ghoul   -Ghoul   171d ago
[+red [size13 There are a few thoughts swirling.
I am worried about a couple of my friends... My depression is eating at me... I fear they may dislike me in some way or maybe I seem too pushy. I haven't seen them in a while... I just feel distance...if I did anything to offended you guys I am sorry.


The other thing. I feel things are leading up to a fight between us. You tell me I sleep all the time anymore... Well if you go back a couple of weeks why the hell not? We lost out precious child. Sure he was just a cat. I had a close bond with him. Then we both got sick. Then I felt I was getting sick again. I finally feel better than I have been. I know most of this is because I get so worn out from work. Hearing you say that hurts they way you said... It feels like you are hiding something from me... Like the last time when we got in a fight. I am not trying hard enough? What is it you want me to do? We work different hours if they was going to be such a big problem why didn't you say something before I took the other job? I could of just stayed were I was working. If I could go back I would. What is it that I need to change? I am sorry I like to sleep a lot I guess I am always tired. Isn't that what you say? All I do is sleep anymore... when you say it a bad feeling come creeping in...

-Ghoul   -Ghoul   170d ago
Anri had a rough childhood, after his mother died. His's father remarried so that he would have a mother figure in his life. It wasn't long after that he had a couple of siblings. A little brother and a sister to look after. How exciting, Anri was truly happy but there was something different about him that his step-mother noticed.

As he grew older it became well known that he was different. Anri didn't like women he liked men. To his parents and their status this was wrong. They couldn't have a son who was gay. So they tried taking him different doctors hoping that maybe they could change him. Nothing seemed to work. It became well known that Anri was no longer a part of this seemingly simple family.

His step-mother came to hate him, so did his younger siblings. Anri was forced to stay in the basement way from his younger siblings. Anri's father often traveled wasn't home very much. When ever his father was it wasn't like he really got a chance to tell him about the things that happened. He tried once but his step-mom made it really clear, real fast that if ever tried that again she probably kill him. He was scared of her so he did his best to stay hidden.

Year past once Anri old enough to live on his own he moved out right away. Hoping to make a better life for himself. Life isn't always that simple. Arin did move out he lived on his own. It wasn't long before he found someone. This someone was like a dream he was charming and really seemed to care about him.

Little did Anri know this person his was crazy about him. Erin had a problem, no matter what Anri said and did Erin didn't trust him. Even though Anri was very loyal to Erin. Erin just couldn't trust Anri. Erin always thought that Anri would run off with another man. Erin decided that before Anri could do that he would tie him up.

Anri woke up with a pounding headache. What happen last night? When he tried to move he realized he could move easily. He was tied tight to a heavy hair. The chair wasn't exactly heavy it was just fasten tightly to the ground so it wouldn't move easily. Anri didn't understand what was going on. Panic. Panic ran through his mind, what the hell was happen.


Anri then heard a familiar voice. It was Erin when the slender man approached him a shiver ran down Anri's spine. Why? Why was he doing this? [+pink "Why are you doing this to me?"] he said as he looked at Erin with a panic expression. Erin icy blue eyes dripped with malice and anger. [+Skyblue "Why you ask?  Because you were planning to leave me!"] he said dryly as he looked down at frighten Anri. Oh the things he could do to him. He approached Anri placing his slender fingers under Anri's chin. He forced Anri to look into his icy eyes.


Anri Lavender colored eyes. They were filled with tears and fright. Erin couldn't help but to smile. He force a rough kiss on Anri soft pink lips. He even bit Anri's bottom lip hard enough to draw blood. He then lapped the blood way as he wipe a stray tear from Anri cheek. It was then the phone rang and Erin left the room.


Anri was left in a state of shock as Erin left the room. How was he going to get out of this situation. Of course it felt like there were thoughts just running through his head. He should of seen the signs but he was just so in love he was blinded by it.


[center [pic https://i.imgur.com/JRYqtX7.gif]
[size13 Yet another one of these...]
I have some ideas in mind. If you don't like my ideas,I am sure we can come up with something.  Here is what I do like.
-Anime or Illustrated pictures only -Romance (is a must I need a little in my stories)-Fantasy  -Thrillers - Violences - Werewolf - Vampire - MxM - FxM - FxF
Anything you don't see simply ask.


Now I do have some requirements  ~
Must be able to post 1000+ Characters  (I prefer if it was between 1500-2000 but I understand writer block is a thing.)
I would also prefer if you are 18+ since I tent to write darker and violent themes

-Ghoul   -Ghoul   167d ago
[size10 [+red Well today didn't go well at all. Mistake and Mistake. I felt so dumb even tough I was doing something so simple. I couldn't keep up, I felt like was drowning. The manger had to keep coming back to help me which  I am sure was annoying. Maybe he should of just let me sink...


Now my depression is picking on me. Why do I always feel this way... I can't keep up. I am never good enough.

-Ghoul   -Ghoul   164d ago
[size10 [+red I guess I did today huh? Getting on your last nerve? All because I didn't hear you! I am sorry I had stuff I wanted to take into the house. I wasn't paying enough attention... I am sorry I don't listen I must do it all the time. A lot of the time you do mumble... I am sorry I didn't hear you... Apparently sorry doesn't work. They are just words to you aren't they? Why do words mean and hurt some much then?

-Ghoul   -Ghoul   162d ago
[size10 [+red You want to talk soon. I am nervous about it in fact anxious. I am scare to know what I have been doing wrong now. I wish talking to you was easy but it is hard sometimes. Because when you get mad you mad there isn't anything I can do to fix it. I wont fight back and argue with you... I did it once and look what happen... I won't ever do it again. That is why I hold things in or keep them to myself. I don't want to ever relive that day. I am scared but I am sure I am going to cry like I always do... I won't say to much either that will piss you off more wont it. You told me last time to try hard for you... Isn't cooking and cleaning for you enough? I don't really ask you do anything around the house. Rarely to put trash on the curb. Is that not count as trying? I know I change because of work but I do get worn out I am on my feet all day...I am sorry I sleep to much I haven't being hanging out with you enough... like you said I am always tired right? I shouldn't be jumping to conclusion  we haven't had this talk... I have a small pit in my stomach that it isn't going to end without me crying... but we will see right ?

-Ghoul   .Cat.   161d ago
[size10 Well we haven't had this talk yet but things seems to slowly going back to normal. I am sure I blew things out of portion worrying about what you might say. Right now I feel like we are okay.


I am still worried of what you might say but for now I will put my mind at ease.