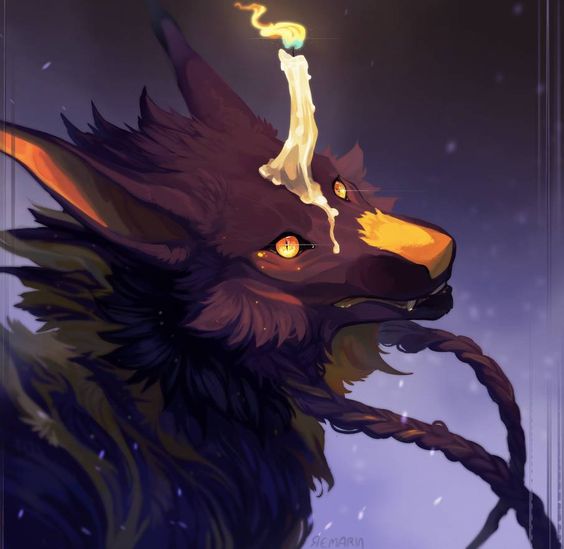 The Wolves of Four Seasons

Long ago there was a pack of wolves. These wolves consisted of four leader. Each leader was blessed with a special power. The four seasons normally got a long peacefully blessing the earth with their gifts. Unfortunately the peace seemed to end short. Seasons tending to overlap other seasons, all seem to make matter worse.

The packs were divided into four different packs. As each generation went pups were blessed with a special gift, the strongest would train with the elders, eventually take over pack. Breeding season came around. Of course it was against the pack rules if female sunk out to breed with other males that were from a different season. If caught they were banished from the pack, or worst.

Each Wolf will be bless with one of the four seasons ~
Now there are other creatures around: Tabaxis, Fox Folk, Changelings or Shifters, I suppose I will allow humans but they must have a wolf of some sort in their family so they can speak in wolf tongue.
Action
Romantic
Dating
Drama
Horror
Anime
Fantasy
Thriller
Wolf / Animal packs
Werewolves
Video Chat Kumospace [Everyone] Gather.town [Everyone]

-BlackCat   Sora   196d ago
Cat Mom
[google-font http://fonts.googleapis.com/css?family=Spectral] [Spectral [#1106a2 [center It seemed the peace had fallen against the land once more. Even the humans were at peace with the Loup-Garou. There were still many other dangers that faced this world. Such things as the Shadow dwellers. Even though all the Loup-Garou and all their packs were at peace there were still the problems.

The blessed wolves were know as the Hybrid. Hybrid were the bringer of seasons. Although the season still change naturally Hybrid still help the seasons change seamlessly. Lot of creatures were jealous of these Hybrid causing them to go into hiding. Season started too over lap due hybrid going into hiding. Now many creatures seeked out the Hybrid. The Hybrid had grown use to hiding and hiding their gifts from everyone.

-BlackCat   Haruka   191d ago
Cat Mom
[center [google-font http://fonts.googleapis.com/css?family=Spectral] [Spectral [+pink Haruka was bless with Spring's kiss. Whenever she was in a good mood or feeling happy with each step she took flowers grew and bloomed. Of course her mother would quickly scold her for being so careless. Like that the flowers would vanish. It was sometimes really hard hiding these powers.

Haruka woke to that same dream again. The dream of flowers blooming with each step she took and her mother scolding her. Her mother had been dead for some time now. They accused her of being a Hybrid. It was tragic really, she didn't want to think of that now. She sighed softly at the thought of it. After her mothers death she was sent live with her grandparents. Now being almost 18, her grandparents decided to live their golden years traveling. So they left her their small cozy home. Haruka got up and stretched. Her claws clatter and clicked as she walked on the hardwood floor. Haruka lived in the country side near the forests edge. Her grandparents house was cozy, in was in need of paint.

It was rare not to see a wolf or some kind of animals in this town. Granted most people did their best to hid what they were really were. It wasn't hard to tell them out. Their scent was a dead give away. She closed her eyes and shift into her human like form. Her hair was pink and her eye were and icy blue just like her mother. She missed her mother dearly. She never knew he father, so she really couldn't really say she missed him. She quickly got ready for the day.
[pic https://i.imgur.com/EKrQAbB.jpg?1]

According to the letter she gotten today. She would be going on a trip to Loup-Garou territory. The people over there weren't always welcoming. With the fear and the hunt for the hybrids still waging on. It did make traveling a little hard. Since she had a signed letter and a badge she was able to travel.

Why? Why did she have to go? Well ever since her mother was executed for being a Hybrid she has been on close watch. This was probably another one of their test or tricks to see if they could catch her in act. They wouldn't of corse, she promise herself and her mother she never let anyone know what she was. She was just a normal werewolf like everyone else in this bloody town