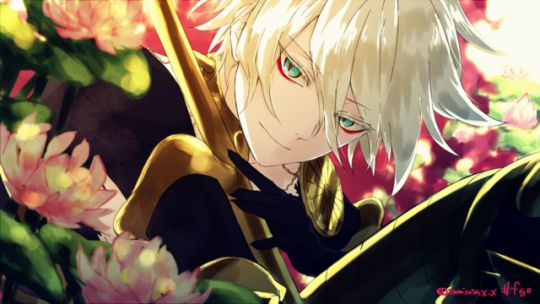 A place to keep my notes.
Other
Video Chat Kumospace [Everyone] Gather.town [Everyone]

[center Kaida is a dragonborn that is half human. He is more on the dragonborn side of his family. His mother was human, and his father was a golden dragonborn. When Kaida was about fifteen, he met his patron for the first time. An archfey that had the torso of a human and the long lower half of a snake. At this point he had decided to go out on his own. To travel the world and his family allowed it. It wasn't odd for Dragonborn to leave at this age or wish to be on their own. For a long time, Kaida traveled alone only having his patron to speak with. His patron said its name was Aryak. Aryak was a compassionate and Empathic being. He never wished to leave his abode though. Whenever Kaida got free time Aryak would invite the boy into his abode where they would talk and learn a lot about one another.

Aryak only understood that people feared him. So having someone around that actually enjoyed being around him was very nice. He didn't understand love and when Kaida admitted to falling in love with Aryak he responded coldly by accident. Saying he could feel no love. This response made Kaida stay away from the abode for a while and Aryak grew lonely and his heart hurt. He begged Kaida to return and the dragonborn did, but he was guarded. With a kinder approach Aryak explained himself a little better. It wasn't like he couldn't learn. He had feelings and emotions. Aryak just hadn't experienced love.

A few years later and Kaida was officially in love with his patron with his patron reciprocating. At twenty-four his patron was killed by fey hunters. He was unable to get to him in time and his patron died in his arms. His patron left him power and the abode. For about a year Kaida did next to nothing before he was found by a gentle but stern Aasimar paladin. Though this paladin worshipped one of the gods (Kaida never asked which one.) he told Kaida that he didn't have to and could continue to worship his patron, but that he shouldn't give up on his life.

Alecto was the paladin's name. He was a kind man who had seen a lot in his life and understood the pain that Kaida was going through. After Kaida had gotten the basics of learning how to be a paladin, he sent him off saying that he hoped to meet him again only happier. Kaida then set out to find the trail of the fey hunters swearing an oath of vengeance.

This oath may even be broken. Changing him to an Oathbreaker.]

DivineKarma     211d ago
[center For the city of Retorta


Tieflings (feral as well), Shifters, Aasimar, Blood Hunter Lycan order. These are banned and cannot be used. As well as the lineages race set. Werewolves and vampires banned as well. Changeling is possibly also banned. To use any of these races I need a very good story, or it will be a no.