This story takes place after an alternate plot of Stone Ocean. If you haven't read or watched it, at least read up on what happens with Jotaro Kujo and Jolene Cujoh.

Quick thinking is what saved her life. Now, 22 years later, she's stuck having to deal with the 'reincarnation' of her father. But, at the same time, she's happy to see her father's spirit still lives on.

Jouta Kujo. Age 17. Delinquent. A royal pain in everyone's ass, quite literally in many cases. A class skipper yet still manages to somehow pass every one. While he isn't one to start fights, he will for sure end them.

Jouta was born with the ability to see Stands up to a point. However, he didn't have one yet. It was an odd situation as usually if someone could see them, they had one. However, stranger things have happened. From vampires to pillar men to the world shifting on its axis. Stranger things, indeed, have happened.

Our story starts off as a normal day for a second year highschooler. What happens from there, that can only be unfolded by the story itself.

Alternative Story: Takes place somewhere after Stardust Crusaders and before Stone Ocean. There will be similar points to the original plot just a different starting story and relationships.

Jouta Kujo is the son of Jotaro Kujo but no one knows it. Was it a drunken mistake? A relationship that went sour? A one night fling? Who knows what it was or how it happened.


Requirements
- A male or female character 17+. If the age is a problem, I can adjust the story to be third year and 18+. Another alternate story can be made to use older characters(25+) as well(this would make the story take place 30 years after the end of Stone Ocean and with established powers).
- If using the alternative story, characters are 17+ depending on where things start in the timeline.
- Character must be unique but still falls in line with the JoJo world. I understand that finding an OC Stand image is very, very difficult(speaking from experience) so I will give a pass on poor quality images for the Stand. I will also allow the repurposing of existing stands so long as they have some noticeable changes to their appearance such as color. Special abilities must be different as well though physical and sensory abilities can be similar to an existing(my character as an example).
- Anime, digital drawn(CG) or drawn images please. No real.
- I’m looking for quality and quantity with crisp, capturing details. Draw me into your scene. I expect to get back what I give. If I write a large post and get back something halfassed, it’s not going to work. I do understand mistakes. It happens, even to me. I also understand writers block. If you're legitimately struggling with posts, I will forgive shorter posts.
- I do not expect posts to happen in seconds or hours after I make mine. Don’t rush it. If it takes a day or even a week, then that is ok. I am patient. I expect the same from you. I may be a hermit but I still have a lot going on. We all have lives and that I fully understand.
- I want this to be a fun adventure of a couple of teens/young adults/adults running into random trouble, living a strange life and fighting battles that are either too stupid to be called a fight or puts their very lives at risk. I want to see it all just like in the show. The goofy, the sad, the ups, the downs, the weird, the bizarre, the facepalms and WTFs. Give me the cringe, the funny, the stupid and the 'oh crap'.
- Communication is key. Talk to me. Discuss things with me. If there’s something you don’t understand or need clarifying, talk to me about it. If there’s something going on where you need a break, let me know. I will do the same. Let’s be open with our communication as best as we can so we can keep things rolling at a good, even pace.
- If you feel I missed something, please ask about it.

If you have gotten this far and you’re interested, send me a PM with your favorite character or Stand from the JoJo series. If you don't have a favorite for whatever reason, put 'Dancing Potato Skins' in the title instead. 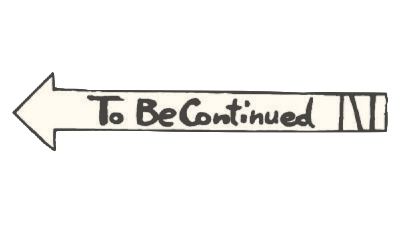