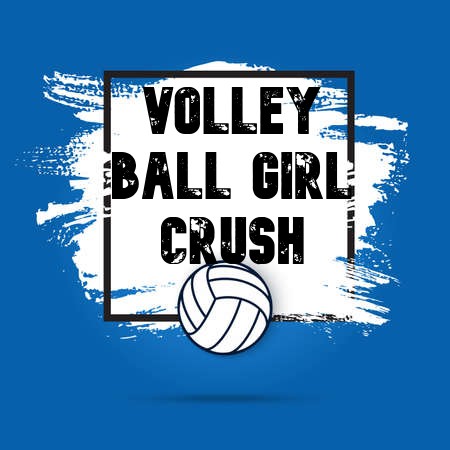 . . . About the roleplay . . .
“Volleyball Girl Crush” is a roleplay about a new girl who has recently joined a new school’s volleyball team and turned out she was really great at the sport. She ends up catching her eye on this one female player who was on the same team as her. Turned out that (you/oc) has liked this one particular girl for a while now… no one else knew (you/oc) was a lesbian because (you/oc) just seemed like “your average smart straight girl..” Somewhere later in the roleplay, Shay Jones and (you/oc) start dating. UwU that is all I think I have to say for now.

. . . How you must reply . . .
There is a certain why I would like you to roleplay...
EXAMPLE
Doing your action here. "what you are saying here." doing more action here if you want to add extra.
That means where (you/oc) is talking you need to bold it from [- "text"] but if you don't know how to use that, put a b in place of -. I was just showing the example and if I did it the actual way... it would have bolded.

. . . Plot . . .
not filled in
(you/oc) is new to the volleyball team. The coach watched you at the tryouts and she saw that you were a very great player. (you/oc) knew how to set, bump, spike, etc. She had decided to choose (you/oc). This was your big chance to actually be noticed… is what (you/oc) thought. (you/oc) wasn’t really ever noticed in school very often because (you/oc) was the smart kid that knew almost everything and nowadays… the kids in the school only care about their social life along with literally any electronic. (you/oc) thought that was dumb. One day while you went for your daily practice for volleyball at school…there was a girl on the same team as (you/oc)’s team that caught your eye. Most people would have thought (you/oc) was just “your average straight girl” because (you/oc) was always about getting school work done and everything like that. This girl though… (you/oc) has liked her for a few years now but could never tell her because (you/oc) was embarrassed. That was the day in practice where (you/oc) and her collided on the gym floor, one on top of the other.

Shay Jones
Click the character name and bio is on that. You will have to continue from where I started.
Action
Romantic
LGBTQ
Dating
Drama
Other
Video Chat Kumospace [Everyone] Gather.town [Everyone]

Mushrooms--   Shay Jones   345d ago
ha, lovely.
Shay stood in the top left corner in her ready stance position as she waited for the other team to serve the ball. The other team did now just served the ball after the coach blew her whistle. The ball had gone flying towards one of their team players so (said teammate) hit the ball back. After a few rounds of practice to begin with the coach blew her whistle once again and told everyone to take a break for now and that they would continue after those five-eight minutes. After the time was up and everyone came back from that break they started to practice again. The other team had served once again but this time… (you/oc) and her both went for the ball; causing you two to collide with each other. She had landed on top of (you/oc). [b “I am so sorry! I didn’t mean to bump into you!! I thought you were going to go for it but then we both just stood there and… I don’t know what I was thinking…”] she said sorta quickly but made sure (you/oc) was able to hear it; still over the top of you, looking down at (you/oc)’s face. The whole team players from your team and the other school’s team all paid attention to her and (you/oc).