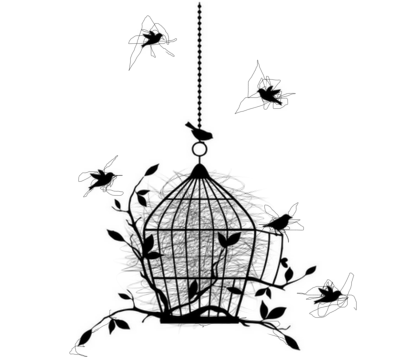 The cursed are often ostracized by society for being
different
. Their life may feel like a series of unfortunate events with how often things seem to go wrong, especially when they are around others. This may be due to their curse but is often more than not the work of fiends behind the scenes.

Fiends are semi-transparent shadow-like creatures that tend to wander the world almost aimlessly in the dark. These foul creatures tend to lurk around living things most particularly animals. Their favorite prey is humans since most humans can't see them unless they want them to see them.
Lesser fiends tend to latch onto living things and slowly work their way up the ranks by leeching the literal life out of their unsuspecting victims. During this time the fiend will torment its victim by causing as much chaos as possible until finally, its victim meets their untimely demise. 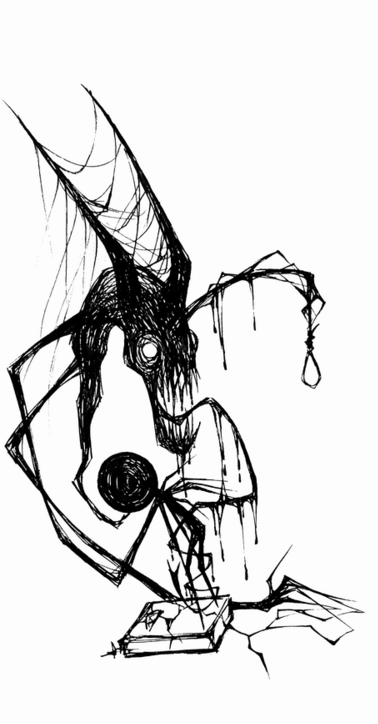 Tier:
Lesser
Common
, Greater
Uncommon
, Lord
Unique
, Arch
Rare.
Core:
Cores may look like simple gems. However, their color, shape, and size all reflect a friend's sin, intelligence, power, age, and even current state of health. It's their core that gives their transparent shadow body its fluorescent color. Of course, fiends hide their cores should it, ironically, for a friend to release its full power it must reveal its heart, which in turn makes them extremely vulnerable.
Craving:
Diet-wise, fiends feed off of negative feelings(such as fear, anger, sadness, hatred, etc), flesh and bone of other creatures(dead or alive, it matters not), and even one's essence(soul).

Shade:
refers to a fiend's unique ability to take on the forms of the things they've eaten. They can mix and mingle body parts like a chimera or even give themselves extra appendages.
Veil:
refers to when a fiend renders itself unseen by the naked eye(turns invisible), shifting in and out of sight at will. Some fiends can choose to let certain individuals see them while staying invisible to others at the same time. This refers to how they can appear and disappear in and out of thin air.
Lucidity:
refers to a fiend's resistance to light. Light harms them and can even burn them to death. Depending on a fiend's lucidity. Their body may slowly or rapidly disintegrate into dust in light. 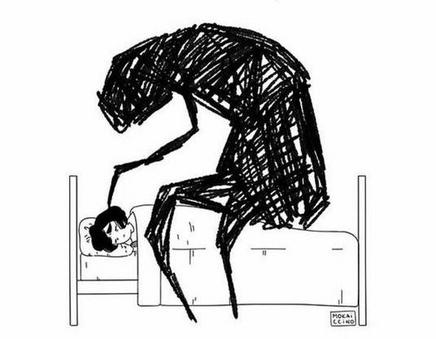 for little Cretins
Abandoned at birth or more recently, Monstrum’s Home for cursed children is dedicated to raising and housing orphans until they’ve either met with their untimely demise, have been adopted out to a loving home, or age out of the system. We are committed to providing quality care and education for the children as well as the daily essentials such as three square meals a day; a place to sleep, a place to place to their heart’s content, and most importantly a fiendish free place to call home during their stay.

Children and staff are housed like roommates. They are divided up based on gender and age. It should be noted that only blood-related siblings have the option to room together despite age and gender differences
(This is to keep family ties from breaking)
. In addition to sharing a room, you will also have communal bathrooms, which serve every resident on the entire floor with the exception of staff members. Soap, shampoo, conditioner are provided via dispensers on the walls. While towels are provided near the doors. Dirty towels are to be tossed down the laundry chute so that they may be cleaned. 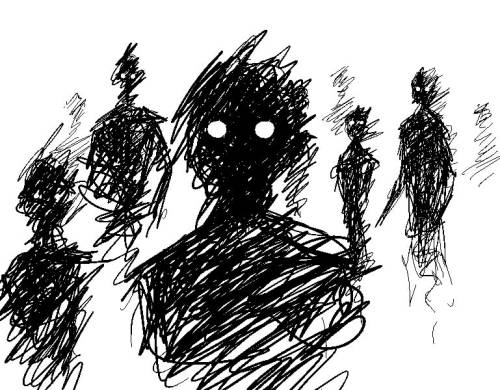 meisters of ancient relics
Guardians are official caretakers and monster slayers of Monstrum’s Home. They perform their daily duties by maintaining the illusion of monsters don’t exist attitude all while tending the orphans by day and monster-slaying by night. They receive free room and board as well as minimum wage. But the biggest perk just might be that they get to wield ancient relics!

Relics are created by Monstrum himself. These weapons are designed to slay fiends while safely neutralizing and restraining the effects of a blight's blight. Fiends are physically incapable of touching a relic without suffering serious damage such as loss of limb or even life. While children who suffer from blight are temporarily relieved of their curse.

0.
500 character count minimum, no more than 1500 characters though. Give us enough to work with and something that pushes the story forward.
1.
Double-check your work before posting anything. While minor mistakes are fine- Obvious errors are not(Please not post an eyesore).
2.
Wait for two other roleplayers to post before you do so again.
3.
Hate the character, not the roleplayer. Don’t take the things a character says or does personally. Remember that just because the character acts like that does not necessarily mean the roleplayer behind that character does too.

4.
Character drama is highly encouraged! I encourage character conflict, character development, and even shared history between characters from everyone!

5.
Do not be too overpowered or godmod.

6.
There will be mild abuse, blood, and gore. Do not go into great detail so as to not trigger anyone.
7.
You may use strong language in moderation, but not obsessively.
8.
This thread is LGBTQ-friendly. So try not to be biased, mind your manners, and-uh respect each others’ opinions.
9.
There will be no sexual content(i.e. cybering/lovemaking) as it is against site rules. While romance may be present. It should never be the main focus of the roleplay and should be Safe For Work since after all this will be taking place at an orphanage. Also, any romantic relationships between minors and adults are strictly prohibited(Don’t be a pedophile).
10.
Pictures: Anything other than real photos.

You must fill out the skelly below to join this roleplay.

This first half applies to everyone, thus everyone must fill it out
Theme Song:
-Optional- If your character had a theme song what would it be? Or what songs inspire you while writing for this character?
Role:
Orphan - Blight - Guardian -  Fiend
Guardians must include their official job/position within Monstrum's Home. Are you a teacher, cook, handyman, gardener, therapist, doctor, nurse, ect... If you have a particular job in mind just ask and we can work something out.

Puppet Master:
Your username
Puppet:
Character name first; last
-Optional-  Nickname
Personality:
-Optional-  3 pros/cons
Age:
Orphans are seventeen and younger. Guardians are eighteen and/or older. Fiends physically appear & mentally are.
Gender/Identity:
Male, Female, Trans?
-Optional- / Characters preferred pronouns
Attraction:
Leave a question mark if your character is not aware yet, exploring their attraction, or if you would rather not confirm their interest.
Bio:
Something short like a before and after or what your character is currently up to will do.
Trivia:
-Optional-  Anything extra that you would like us to know about your character?

This second half only applies to the following roles: Blight, Guardian, and Fiend
Type:
Blight - Relic - Fiend
Refer:
What do you refer to your Blight's ability, Relic's power, and/or Fiend's prowess as? Basically give your ability a name.
Control:
Full control, Semi-control or No-Control
From:
What form does your Blight, Relic, and/or Prowess take when active and inactive?
Be creative and detailed.
Ability:
You may have one or two abilities on the condition that one be weak and the other strong.
Try not to be too overpowered.
Effect:
How does your ability affect you and those around you? What are its advantages? What are the drawbacks of using it? How does it backfire on your character specifically?
Be creative and detailed. 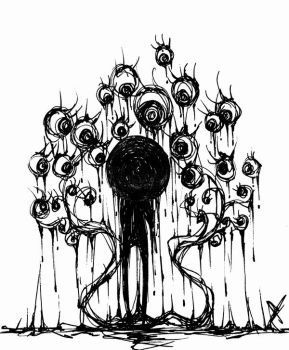