Note; This role play I have had since 2020. It's been something super precious to me. I ask that you do not steal this idea. It's something I hold really close to my heart. I am working on it alone, so please don't ask me to join it, because I will tell you no. There will be a lot of gore, considering this is a Zombie Apocalypse story line. You have been warned.

Before the world went to total shit, Hailey Williams had been in nursing school. She was working on becoming a CNA when everything went to shit. She was so close to being done with school, but when the dead started to rise and attack the living, everything changed. Chase had been at the same hospital that Hailey was training at when they out break happened. They had been taking the newest trainees around the hospital showing them where everything was, where they would be working, and where they would be sleeping if they had to rest for a little bit during their long shifts. When Chase first heard the scream it turned their blood cold. What was happening right now?

Hailey had been down in the basement when she heard the scream throughout the hospital. It turned her blood cold, and her mind started racing. Was this really happening right now? Was her whole world about to get turned upside down? She ran from the basement up the stairs and that's where she saw them. The so called walking dead. One of them had another man in it's clutches biting into his flesh, tearing it away from the bones. The scream came again, and it turned Hailey's stomach a couple of times. That's when Your Name Here grabbed her arm and told her to run. What other choice did she have in the matter? She ran after him, following close behind the male trying not to get caught by the walking dead.

When the two were out of the hospital and running towards apartment buildings, was when they realized they were fucked. Their whole world was turned upside down. Chase had been a doctor at the same hospital for the last five years, and he would have been the one to train Hailey. When they were safe enough off the ground floor of an apartment building, was when they started talking. Hailey wanted to know what happened, and what Your Name Here thought had caused the so called out break. At first Chase didn't know what to think. They didn't know what cause someone to come back to life when they died. They were wondering the same thing, and wondering why Hailey always left their group throughout the day.

The longer the two talked, Chase finally got it out of Hailey. She was trying to find a cure to bring the almost dead back to life. She wanted them to be like normal human's again. Back to life and living instead of on the brink of death. Chase knew it was crazy for her to even think about that. What'll happen when they start living in the shitty world together? Will they be able to work together and figure out how to find more survivors? Will Hailey be able to find the cure she's hoping to come up with? What'll happen when more secrets between the two start popping up? You'll never know unless you join, The Cure.

The cast of The Cure. 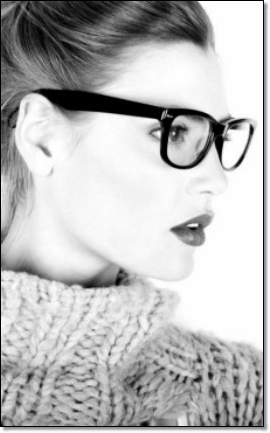 I know the rules of the site. This thread is something I will work on alone. You are more than welcome to read along. Just don't ask me to write it out, and do not request into the thread either. You will be ignored hands down. I hope ya'll enjoy the story though!
Romantic
Straight
Horror
Zombies
Video Chat
Kumospace [Everyone]
Gather.town [Everyone]

BrokenScars-   cυre   132d ago
[google-font https://fonts.googleapis.com/css?family=Noto+Sans][noto+sans [size12 The sunlight that filtered through the windows made the woman squint a bit. Her eyes were itching from the long night of studying, and trying to make sure she had everything she would need for classes. She was so close to finishing, and becoming a full blown CNA, she could taste it. It's been a life long dream for her, and she couldn't wait to do what her father used to do. That was before he just up and left her, and her mother a couple of years ago. He had said he was too busy working on different things, to really focus on his wife and daughter.]]

[google-font https://fonts.googleapis.com/css?family=Noto+Sans][noto+sans [size12 That had really stung the woman to the core. She had been the perfect child, did what she was told, and did an amazing job in school as well. She just didn't understand why her father would all of a sudden just up and leave like that? She felt like she had done something wrong, but she knew she hadn't. A small sigh passed through her lips as her alarm went off too. She stood and walked over to the bed, picked up her phone and shut the alarm off. She had pulled another all nighter, and her brain felt like it was about to explode. Joys of trying to work in the medical field.]]

[google-font https://fonts.googleapis.com/css?family=Noto+Sans][noto+sans [size12 Today was her final class, and the test was supposed to take about an hour or two to even finish. She had showered the night before, so all she had to do this morning was get dressed, gather up her things, eat and then leave. She walked over to her closet and pulled out the clothes for the day. It was a pair of black leggings, along with one of her favorite dresses. She normally didn't wear them, but today felt a bit different. She then stripped out of her pajama's and then pulled on her clean panties and bra. She then slid her feet into her boots, and gathered up her books.]]

[google-font https://fonts.googleapis.com/css?family=Noto+Sans][noto+sans [size12 She could hear her mother in the kitchen making breakfast, and she broke out into a small smile. She made her way to the kitchen and kissed her mother's cheek lightly. [#d56626 "Good morning momma"] she said softly. The older woman looked towards her and smiled. [b "Good morning to you Hail"] she said back. The two talked a little bit over coffee and toast. Pretty soon it was time for the woman to head out and get her finals done. She hugged her mother tightly, and then slipped out the side door. The morning air was still a bit chilly, but she didn't mind it.]]

[google-font https://fonts.googleapis.com/css?family=Noto+Sans][noto+sans [size12 She slipped into the car, and started it up. She then made her way to the hospital, where she was supposed to finish her finals. She was supposed to be seeing Elliot as well today. He was supposed to show her around the hospital after her finals were over, so she could get some hands on training for a while before he went home. The drive didn't take too long, and pretty soon she was there. She parked her car, shut it off, grabbed her things and climbed out. She locked the car behind her, sliding her keys into her bag.]]

[google-font https://fonts.googleapis.com/css?family=Noto+Sans][noto+sans [size12 She fell into step beside one of the other's in the same program as her. The two talked for a little while as they went inside. Pretty soon they were locked in a room, the test well underway. Hailey held her breath as she slowly answered the questions, worried that she wouldn't pass, and then her dream job would be out of her grasp before she even fully started.]]

[google-font https://fonts.googleapis.com/css?family=Noto+Sans][noto+sans [size12 [center [b [i A couple hours later.]]]]]

[google-font https://fonts.googleapis.com/css?family=Noto+Sans][noto+sans [size12 When the test was finally done, the couple of people were let out of the room and were allowed to have free range of the hospital. They each had been paired up with a doctor, and Hailey was nervous. She'd heard that Elliot was a hard ass when it came to some things, but other times he was your best friend. She just hoped that she would make a good first impression. She slowly made her way out of the room and into the hallway. Other nurses and doctors were busy doing whatever they did. She made her way to the nurse's station and leaned against the counter.]]

[google-font https://fonts.googleapis.com/css?family=Noto+Sans][noto+sans [size12 Soon she would be behind that counter, she would have her own patients to help take care of. She was getting more and more nervous about that. [b "Can I help you young lady?"] an older nurse asked. She snapped out of her thoughts and smiled sheepishly towards her. [#d56626 "Sorry, I'm just waiting for Dr. Elliot Chase. I'm supposed to be with him the rest of the day"] she said lightly. The older woman broke out into a warm smile. [b "So that's who you are waiting for. He should be here any moment"] she said lightly.]]

[google-font https://fonts.googleapis.com/css?family=Noto+Sans][noto+sans [size12 Hailey nodded her thanks as she moved away from the counter top. She didn't want to get into trouble, so she put some distance between herself and the station. She walked over to a wall with pictures hanging on it, and she started reading the captions under the pictures. That's when she saw her father's name, and a smile broke out on her face. [#d56626 "I'm going to make you proud of me, I promise you that"] she breathed out. She wrapped her arms around herself looking up at the man that helped create her, as she waited for Dr. Matthews.]]