A New Chronicle [under construction] 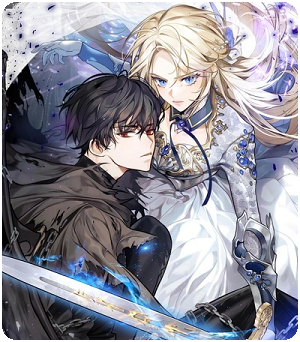 Drama: Be dramatic in role play and stir the pot as much as you want between your character’s! As this allows for character and story development to happen within the role play. But, your drama should never be a means to indirectly attack another user through role play. Outside role play drama is not allowed here! So if you plan to be another cyberbully; go somewhere else. As to staying and harassing another user will lead to a block from me. Banning you from my PM’s (Private Messages) and Threads (Role Play). Therefore you will be unable to contact me, if you ever wish to make amends. So be wise about your decisions to cause drama within role play…

Simply put: -“Hate the character. Not the user.”

1.OC’s only! OC’s stands for Original Character’s only. As this means you can’t play pre-existing ones from another book, show, or movie. Meaning: You must come up with your own character through your imagination.

2. Inspiration from Canon characters or pre existing characters from books, shows, or movies is okay. But, your character should not be a replica of them. Inspiration should come in small bits. Not the full blown backstory, personality, traits of the one you're being inspired by. If I notice that character is basically coping another; I will not allow said user into the role play.

3. Canon characters from books, shows, and movies are banned here. With that, you are not allowed to play any pre-existing character’s. If caught playing such character’s; you will be banned from the role play.

4.No using powers or race’s that aren’t premenanted through application or haven’t been approved of by the thread owner.

-No pictures of hand drawings.

● No oversized image’s!
Your image size should be around three-hundred (300) pixel’s as a good estimation for a size of reference. Picture’s over the size of six-hundred tend to be ridiculous in size for role play purposes and often flood outside the frame of the post. Often covering up your newly written post from other role players and making unnecessary scrolling for other user’s. Making it difficult to read your post for the audience, who are trying to keep up with what’s happening in the role play. With that please check your image size before using the picture in the thread.

● No dirty picture's!
As a refresher for those who seem to forget or skim over the site rules: A quote from site rules:“#4 No dirty Pictures: That includes hentai and any other type of cartoon or cgi pron. Nude-art mentality from Rule 1 applies. *chan members flooding shock pics will be redirected to last measure or similar and ip banned. I hate the furry threads too but throwing pron at the kids is illegal.” No dirty image’s are allowed within any thread, roleplay, or chat on this site. It is illegal in many places all over the world to show children below the age of eight-teen (18) dirty images and because of the site permitting a younger audience to use the website; It is prohibited from using anything that’s related to nudity or sexual content. Along with the user's who use the site as well. Therefore no one is allowed to use nude-art or porngraphic picture’s within this thread, role play, and chat. If caught using anything as such: You will be reported to Admin’s & Mod’s of the site and will be blocked from the owner of this thread.

● No images that are recognizable through games, books, shows, or movies.
Video Chat
Kumospace [Everyone]
Gather.town [Everyone]