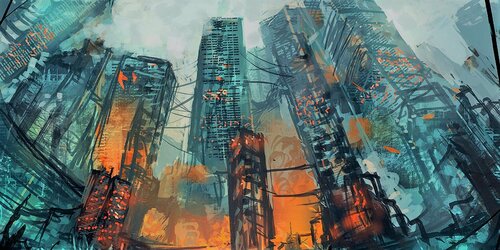 The world is different now. In 2020, there was a devastating plague. In 2025, there was an asteroid that nearly leveled California. In 2033, there were multiple tsunamis. In 2041, there were uncontrollable wildfires. In 2047, there were terrible earthquakes. And now, with global warming at an all time high, natural disaster effects worsening, and resources running scarce there is seldom any hope for the fate of humanity. Luckily, there is a species greater than humanity. One that has the potential to save us all:

When the asteroid fell in 2025, it contained a foreign chemical that was released into the air upon impact. Many people were immune to its effects, but there were others who after breathing it in gained phenomenal powers. Once the US government caught wind of what was happening to people, they set out at once to try and contain it. But it was too late. The powers weren’t just limited to people who breathed in the original contaminant; it affected newborn children as well. The superhuman generation was born.

Realizing that they’d be unable to restrain the spread of powers, the government sought to keep tabs on the supers instead. Everyone who exhibited unique abilities or who witnessed anyone else with them was required by law to come forward and submit to a registry. But a registry wasn’t enough. Especially for children whose powers were unpredictable. People could get hurt.

Eventually the government constructed a secluded place tucked away in the mountains of Colorado. The intent was to round up the supers and keep them there until further notice. There was an immediate outcry against this decree. Many people were concerned that they were seeing a resurgence of concentration camps for the superhuman species. Quick to dispel panic and protests, the government reassured the people that this was a temporary solution. They revised the original plan. Rather than keeping supers at this establishment for an unforeseeable amount of time, they designed it to be something like a conservatory instead. Five years. Five years commitment was all the government asked. During their time in Colorado, supers could remove themselves from civilization to fully focus on refining and controlling their powers. This was a much more palpable compromise to the public and so Academy 2025 began operation. 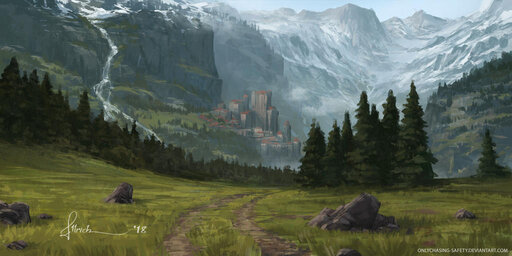 The Academy is a fully functioning boarding school of sorts. It provides food and accommodations for all those who enter, and better yet, free classes. These aren’t the average gen ed classes with subjects such as Math and Literature, however. The classes at 2025 are a bit more hands-on. They are designed to help turn superhumans into superheroes. Coursework is made up of subjects such as Survival Skills, Defensive Tactics, Combat Training (both close and ranged), Ethics, Law, Conflict Mediation, First Aid, Hacking, and much more. After completing the five-year training program supers can graduate. Upon their graduation they are offered one of three choices.

Students who excelled in their coursework, received top marks, and show the most promise are offered a position on the government department SHEPARD: Super-Human Espionage, Protection, and Reconnaissance Division. Only the best of the best makes it onto the team; it is a highly coveted position. SHEPARD agents are the visible pride and joy of the country. They’re often sent out on dangerous missions to assist with providing life saving services to the whole of humanity. We all depend on them.

If a super is not qualified to join the ranks of SHEPARD, they are free to enroll in Academy 2025 again. For another five years they can continue to train and better themselves. With luck, dedication, and perseverance they can still stand a shot at being offered a position on the team. There is no limit to how many times a super can reenroll. And indeed, there are many at the Academy who have been there for decades trying to do well enough to earn a spot amongst the top dogs.

For all those who do not wish to continue with their training, they are free to leave and rejoin society as fully trained supers. They are advised, however, to leave all service work to SHEPARD. Vigilantes are strictly prohibited. So, those that leave often fade into anonymity. Funnily enough there are very few, if any, supers who are ever heard from again after they leave Academy 2025.

While SHEPARD and Academy 2025 both claim to work arm in arm for the greater good of humanity, there are whispered words that all is not what it seems. Some rumblings say dissenters are on the rise. A covert group known only as WOLF is often the topic of rumors and gossip. People say the team is made up of supers who never went to the Academy or managed to escape its clutches. It’s been said that they constantly work to undermine SHEPARD’s efforts, but no one knows why. Perhaps to sew more chaos into a dying world. Perhaps to begin their own regime of supers. Perhaps they know something about the government’s agents that we do not. Whatever the case may be, as their numbers grow so too does the fear.

With tensions on the rise, things do not look good for the newest class of supers set to graduate from Academy 2025 within the next week. What sort of world will they find themselves in? 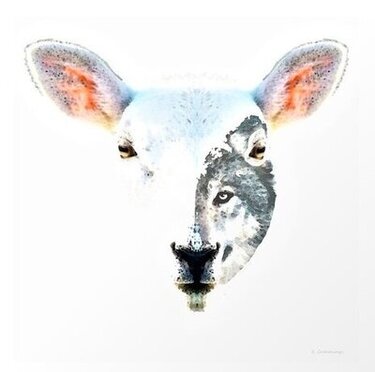 1. All standard ES Rules apply.
2. This roleplay is for 18+ only.
3. Literacy is a requirement. You should be able to write 500-600 words minimum.
4. Proper grammar and spelling please.
5. No godmodding or overpowering your characters.
6. Pics must be illustrated or digital art. No anime or real pics. Please ensure it is an appropriate size as well.
7. This is a small group RP and there will be a posting order. You will be skipped after eight days unless otherwise communicated.
8. I have a few twists and turns in mind for this plot, but I welcome and encourage you to come up with your own. Let's all collab!
9. It is not required, but strongly recommended that you double up on characters. After graduation people may get separated from the group at large, so you'll want to have multiple characters wherever the action is taking place. It is not necessary to post as each one per turn.
10. Please PM me with a completed character skeleton(s) in order to join. Wait for approval before accessing the thread.
11. Have fun!

OOC
Username:
Name:
Age: (16+)
Gender Identity: (Male, Female, Nonbinary, Trans, etc.)
Personality: (1-3 lines)
Affiliation: (Everyone will begin as a graduating Trainee at Academy 2025. I will let people know when positions open for SHEPARD and WOLF.)
Power: (Just one, but it can do a variety of other applicable skills)
Weakness: (Nothing abstract)
Weapon of Choice: (If any, not required)
Brief Bio: (Keep it short and sweet)