There will be a 2000 character limit on posts. No Real Life or Anime pictures, please. I prefer Illustrated for this RP. Male role may have a creature like form but being one of the richest and well known families in the city, they must have a human like form as well. PM me if interested with the message titled Creature. This WILL NOT be a first come first serve deal. I will wait for someone to follow directions properly before giving access to my thread. 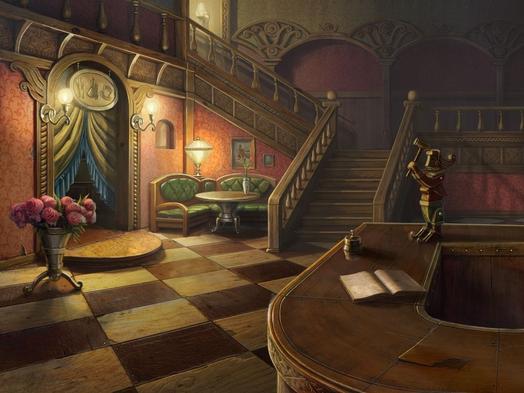 The world has changed so much over the many centuries that the Earth has lived. Civilizations and Empires and Kingdoms have all risen and fell for one reason or another. As well as, societies rising from bare and simplistic ways of life, to thriving technologies, innumerable riches, and soaring buildings that reached the heavens. But with all of this, there is one thing that time has not changed in the slightest. The never-ending battle between The Hunters.... and The Creatures. Anything that was deemed anything other than human was feared and hunted. Of course, there were those that sympathized with the Creatures and would try to help them to survive, the Hunters were every vigilant in their battles to try and wipe the Creatures and their supporters from the world. Skills and cautions were passed on through the generations, but as the world became more modern, hunting became more and more difficult as the ability to blend in or hide was made more and more easier for Creatures. But this didn't mean that they were easily out in the open. Many Creatures that could not disguise themselves as other humans were in need of refuge, places to stay, spells to conceal. Despite the need to run from the Hunters, prejudices in between the Creatures as well. Those of the Dark did not like those of the Light. Elementals would fight amongst themselves, shifters fought between Predators and Prey. Witches and Sorcerers were called upon the most for their magics and arcane ways, and yet they were some of the most feared and despised all the same. This world even carried the clichés of Demons and Angels, and their unending battle of Light and Dark. Though since the Hunters had been able to take control of this hidden War of the modern world, most battling creatures simply went on side by side as needed to survive, though hating one another as they did. And so led to the construction of hiding places amidst the world. 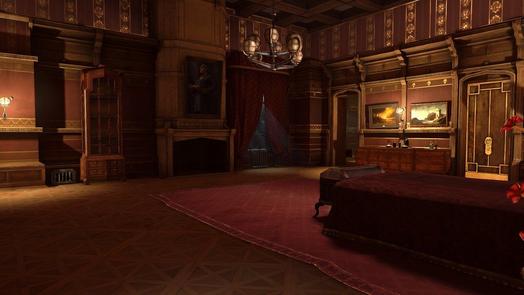 One of the refugee sites was once a tavern and was formed into a hotel in the modern times. It had started off under rule of a vampire coven, but due to issues in the monarch of the covens, it was given to the Creatore Family when bought in an auction. This hotel is home to many kinds of creatures in passing and living in the large city that now surrounds it. To keep up with times, Creatore is easily a 5-star hotel and is kept up to all codes - Human and Creature alike. The best part of Creatore Hotel is that it's not accessible to humans. Only Creatures can pass through its warding shields, safeguards, and even the compulsions that cause Humans to turn away uneasily. This also means that only Creatures work in this Hotel. Such holds a vast variety of Creatures from Fairies, to Sirens, Wraiths, Goblins, Vampires, Nymphs, Nagas, and even Ghouls. The Hotel was passed down to the eldest child of the Creatore family each generation. Presently it is owned and ran by the family's eldest son of the Creatore line and his job to keep the peace, keep them secret, safe, and the humans and Hunters out.

Ravanya   Vaneigha Kristalas   250d ago
[font "Times New Roman" [b "Come on! You can't be serious! I have the rent money and everything! This is bullshit and you know it, Jackson!"]


[b "Listen here, missy, I warned you about messing with the apartment..... You are the ONLY tenant who seems to always have 'faulty wiring' or plumbing issues all the time.... And now? The pipes have EXPLODED! Do you know how much its gonna cost me to fix that mess, clean up the damage? You're not worth it! Keep your money and go ruin someone else's business!"]


[b "This is my place and I can do as I damn well please! Be lucky I'm willing to hold your things in storage until you can come get them, but your time is limited! Any funny business and its on the streets for anyone to take, understand?!"] And with that he slammed the door in her face and left her standing in the hall, dripping wet from head to toe and trembling in her rage.


[b "You bastard!"] She thought about kicking his door, but didn't want to give him any more reason to try and destroy what little she had in his storage now. She lifted a part of her shirt and sighed. She was soaked head to toe, and she was glad she hadn't worn makeup that day. This place was an apartment building, but it offered things like laundry services, which was where Vaneigha had been working to pay her bills. But now that she had no job and no home, she was caught in a serious problem. How long did she have to find a new job and a new place before he would throw her things out to the curb? She didn't want to think about that just yet.


She made her way outside and shivered hard in the fall winds as it cut through her wet clothes like an icy blade. Winter was coming fast this year. She glanced up at the somewhat cloudy sky, watching the buildings tower over her, and birds flying like dots in the sky. Traffic raced by on the streets, horns blasting, people yelling, talking, walking, and moving on with their lives and giving no cares to others. With a sigh, she began stiffly waking down the street to her usual diner to at least get a hot meal and give her clothes time to dry somewhere warm.


The bell jingled sadly at her entry, and she squeaked her way to a booth and groaned, turning the coffee cup over to signal for a cup as she waited for her usual waitress. [b "Damn, girl, you look like hell froze over..... what happened to you and why are you dripping water all over my booth and floor?"] the waitress said, popping her gum as she waited for an answer while filling the coffee cup.


[b "I'm now jobless and homeless, thanks to that asshat Jackson.... "] She put in her usual order and wrapped her fingers around the cup, adding sugar and creamer to it and sipping slowly as she let its heat seep into her, not even caring if the heat would hurt her now aching fingers. She used a couple dollars to get one of the newspapers on the stand and started looking for both a new job and a place to live.


She roamed each ad listing, using her cellphone to call each place to ask about availabilities, but they mostly turned her away without a thought. She tried until her clothes were dry and stiff against her, and her food had come and gone already. She was about to give up until something caught her attention. An ad listing for a place she'd never heard of before.


She didn't think it sounded too bad, and if things worked out, maybe she could do like her last job, and live in the Hotel? At least even until she could find a place to stay, right? She called up the number, and a very tired sounding man answered without any sense of customer service. He almost sounded snippy. She inquired about the job and he gave her a time to be at the Hotel for an interview with the owner. She glanced down at her clothes and sighed. She was going to a job interview in jeans, boots, a light weight grey sweater, and no jacket. She was sure that her long chocolate curls were a mess from having to have taken them out of the braid they had been in to let her hair dry.


She truly hoped that they understood her position and gave her a chance. Otherwise she'd have to come back to the diner and see about pleading her friend here to let her stay the night. She didn't think that would go over well. They were friends, but she didn't like to impose, and her friend had two kids and her boyfriend living with her.


Vaneigha tried to do something with her hair, managing to pin up some of it into something passable as a nice look that would at least hide most of the chaos of her curls. She'd tried to straighten her clothes as much as possible, and grabbed a cab to the address given in the ad.


Paying the cabbie and stepping out, he nearly caught her sweater in the door as he sped off and she called out to him in some very unlady like words before taking a few deep breaths to calm herself. Looking to the Hotel, she began to feel very nervous. It was HUGE! One of those grand scale hotels that only the rich could ever afford! There was no way she'd get a job here, let alone be given a place to stay. Something kept telling her to leave, to turn around and just run away. But she didn't have any other choice. If she didn't at least try to make the interview, she was sure that she'd regret it. Taking a deep breath to encourage herself, she pushed herself to walk into the hotel's ornate double doors and into the lobby. It seemed quiet at the moment, and she slowly made her way to the main desk. There was a woman there with bright blue hair pulled up into a bun, the hotel's uniform, and she was filing some long and very sharp looking nails, painted a deeper blue than her hair.


[b "E-excuse me....? I was told to be here for an interview?"] She managed trying to give a smile to the woman who looked as though she could care less. She didn't even look up at the woman. She merely handed her a clipboard with the application papers to fill out. She then stabbed a nail onto a button and spoke into a Com.


[b "Sir, your interview is here...."] She said almost dead panned. A male's voice answered her in her ear piece, and she rolled her eyes. [b "Yes, Sir..."] She looked to Vaneigha and pointed to an elevator off behind her right side. [b "Take that elevator, goes straight to the owner's office..... when you get there, you sit in the chair, touch nothing, and wait for him to meet with you, he's held up with a guest...."] With that she went to ignoring her again. Something here felt odd, but she passed it off as nerves and made her way to the elevator, riding it all the way to the top, taking time in the ride to fill out the application. The doors would open to a large office, expensively decorated like the rest of the hotel, and she made her way to the seat just in front of the desk with a nervous sigh, holding the clipboard in her lap.