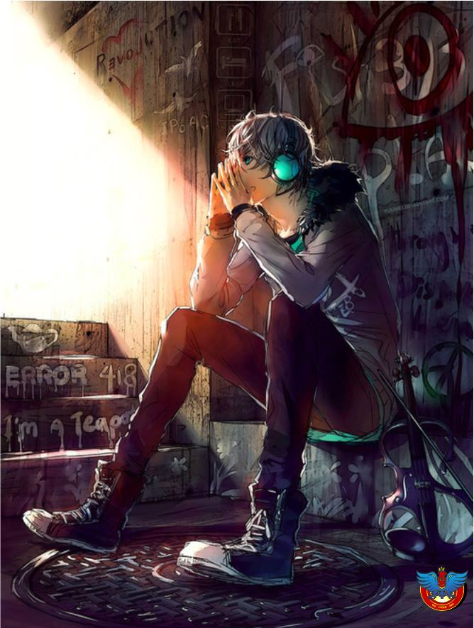 Name: Qrow Sparrow
Age: 16
Height: 6'6"
Occupation: leader of the Dragon city gang (located in southern Tokyo), helps at the local data library from 14:00 to 16:00 (2:00 Pm through 4:00 Pm) until they get in trouble with the law
Personality: friendly, creative, rough, destructive, psychopathic at times, he was a warm heart
Weapons: knows quite a bit, but he carries around his katana on his back and his 1872 revolver on his right side, both of which are his uncles, (he can also go so far past his bodies limits that his bones not only break but shatter, he has a healing factor but it doesn't work fast enough to let him use the ability for more than five minutes, he also has somewhat of a photographic memory)
Bio: to be revealed
Other: Qrow is quite a mystery, when you feel his chest you don't feel a heartbeat or a cyber-human heart vibration, he never speaks of his past either, he's the leader of the group 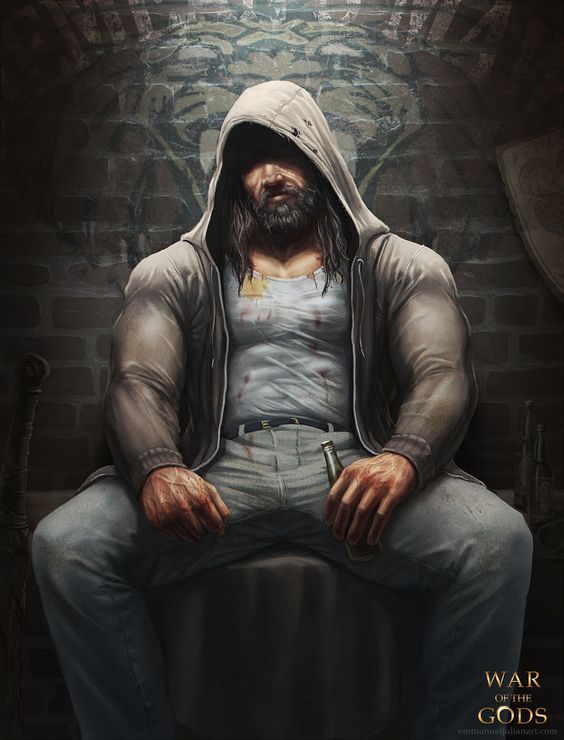 Name: John Sparrow
Age: 74
Height: 8'11"
Occupation: former leader of the Dragon city gang, now a prisoner of the world government, he is Qrow's uncle and only parental figure
Personality: friendly, creative, rough, destructive, he was a warm heart
Weapons: John has thought himself every form of martial arts and almost every weapon, currently he is a prisoner who is being beaten and experimented on (he can also go so far past his bodies limits that his bones not only break but shatter, he has a healing factor but it doesn't work fast enough to let him use the ability for more than five minutes, he also has somewhat of a photographic memory)
Bio: to be revealed
Other: John is Qrows uncle, he is the reason Qrow is always angry with himself and everything else, Qrow feels like he always has to get stronger so he can save his uncle 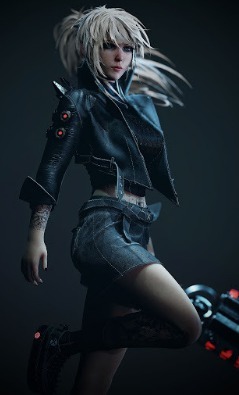 Name: Rozetta Deloi
Age: 16
Height: 5'6
Occupation: Has a daytime job as a local healer or as a "miracle worker" with her ability to heal others but not herself though she can't heal fatal wounds (such as injuries to major organs that can't be healed by technology either).
*Real occupation is as an assassin or "hitman" during other hours.
Personality: *Somewhat kind and friendly, creative/imaginative, secretive, somewhat closed-off but extremely loyal once she trusts someone (is hard to trust)
*has a second personality that is somewhat sadistic, somewhat psychotic and sociopathic, destructive and chaotic which tends to take over when doing her second job or when she becomes upset
Weapons: A Bastard sword that can come apart into dual blades, and a 500 Smith & Wesson Magnum which she keeps in a holster hidden in her belt loop under her hoodie, and a set of retractable claws on either hand.
Bio: Parents were both extremely abusive and died mysteriously when she was a child, she was found half-dead and taken in by a gang that raised her and it was later found that she had "snapped" and killed her own parents. (Rest to be revealed.)
Other: Has cybernetic skeleton within her arms and right leg which allow them to function after a near-fatal accident (and is where the claws emerge from). Also has a necklace that is a cross which she doesn't really care for but it works as a hidden mic which she may use the recordings as blackmail. 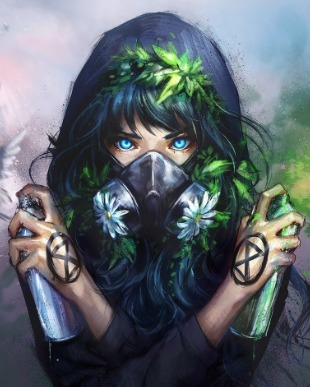 Name: Vandal Roshu
Age: 18
Height: 5'9
Occupation: Studio artist as a day job selling her work at a pawn shop and thrift store but makes most of her money-making and selling gadgets and illegal items in ally's and covering up crimes/diverting police attention.
Personality: Comes off as cold but is nice once you get to know her, creative/imaginative, loves playing "games", chaotic at times destructive, and relatively introverted.
Weapons: Extremely skilled with guns and explosives but will use other stealth weapons such as chemicals and electromagnetic "bombs"(ones that blow out the fuses and knocks out power)
Bio: Much like Rozetta, she's abused and abandoned but no one took her in, she took to survive on the streets alone until she wandered into the wrong place at the wrong time... (more to be revealed)
Other: Always wears a mask and never really takes it off unless to see the look of fear in her victims faces more clearly on the rare occasion she is sent to kill someone.
Video Chat
Kumospace [Everyone]
Gather.town [Everyone]