You are now entering a HyperLane checkpoint. Please have all documentation available for inspection. All pilots and helm officers must also be ready to present their HyperLane flight credentials during the boarding process. Please note, The Cat’s Eye galaxy is approximately thirteen million light-years away from Earth and will require fifty years of travel time. 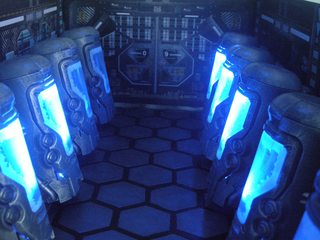 Cryogenic stasis is recommended on this voyage but not required for generational ships. If you are an approaching generational ship, please have your ‘G twenty-two’ permit and acknowledgment waivers available. All other approaching starships will be scanned for both life signs and cryostasis chambers to ensure appropriate travel safety recommendations are met.

Primary destination is the Kannalo space station. Built-in cooperation with the Alkirrions in 2162, it serves as a welcoming point to all residents of the Milky Way. Post-processing, you will be allowed to check in with your temporary accommodations and meet with your employment officers. In addition, if you have not already established employment, or if your occupation is forfeited during the fifty-year traveling period, you will have the opportunity to seek other means of livelihood after two weeks of residency.

Please be advised, The Cat’s Eye galaxy is not regulated nor under the protection of the Intergalactic Democratic Alliance of the Milky Way. By entering a HyperLane spatial rift, you agree that your safety and health are no longer the responsibility of the IDA. You also agree that your return journey, unless an affiliate of the IDA or crew, is not guaranteed by the IDA. Finally, you acknowledge the risk of mental strain and possible break due to extended cryostasis and/or entering a new galactic threshold.

This message shall now repeat in over two thousand different languages. If your language has already been announced, or you own an instant translation device, you may enter the cryostasis preparatory chambers. 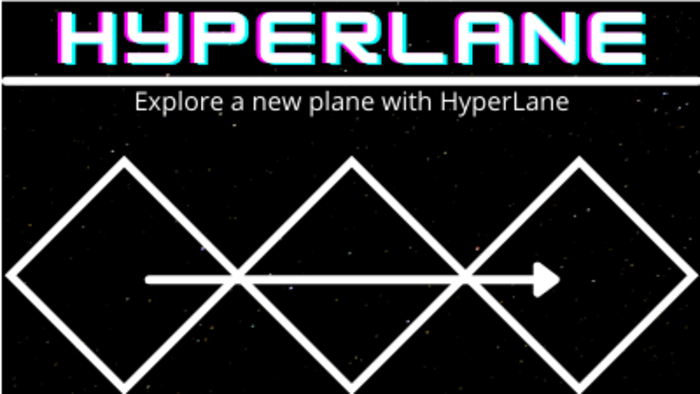 “Hey, haven’t spotted you ‘round these parts before,” says the bartender.

He’s a middle-aged-looking sort, probably in his late nineties. He could be someone’s father or even a young grandfather, was it not for the way he carried himself. He swaggers over to the bar-top with a walk that clearly says I’ve been single my whole life. He’s charming enough, though, and smiles widely after you tell him your order.

He sets about making your drink with a practiced hand, barely glancing at the array of different colored bottles on the shelf behind him. He simply reaches back, grabs one, and pours a double of each into the worn-down looking chill-a-mix that sits on the counter. You remember seeing them on every holocom commercial when you were a kid. They were popular back in 2235, for sure, but you haven’t seen one in ages.

“First time in the Cat’s Eye, huh?” the old man questions. “Well, don’t look so surprised that I figured it out. You still have some of the light from the Milky Way shining in your eyes.”

He lets loose a dry, raspy chuckle when your brows knit together. The man sets your drink down in front of you, “Ah, it’s just a saying we have around here. Means your fresh out of the cryotubes from back home. Yeah, you’re gonna miss it like hell at the beginning—gonna feel like you got ants crawling over your legs, and your face is too tight, but that’ll ease off over time. Happens to everyone when they set foot in a new galaxy.

Scientists say it has something to do with the cosmic energies what-that are different between each galactic border, but pers’nally, I think scientists’ll say just about anything to sound smart. It only lasted a couple days for me, but I hear some people got it bad for months. Anyway, what’s your reason?”

You look at him over the rim of your glass, draining the contents in a few gulps. Setting the glass back onto the oak countertop, you give him a quizzical stare.

“You know, the reason you had for packing up, squeezing yerself in a plastic tube for fifty years, and commin’ all the way out here,” he says.

Recognition of the question hits you full force. You tap the edge of your glass to signal for a refill. As he begins mixing up your next drink, you tell him exactly why you’ve come. For a moment, you hope that the conversation will end, and you’ll get to enjoy your next drink in quiet solitude, but no such luck.

“Ah,” the old man nods, giving another broad smile. He sets the replenished glass back down within your reach. “I shoulda known. It’s the same thing ev’ryone says. Oh, maybe not exactly in the same words you used, but it all boils down to one thing; adventure. You wanted to see things ya’ve never seen before, meet the new alien life-forms, maybe even get inna certain line of work ain’t appreciated back in the ole’ way-o-milk, eh?”

You don’t respond to this but ruminate instead on how you managed to wander into the station’s slowest bar with the galaxy’s most talkative bartender. It’s not that you don’t enjoy conversation, but can’t a spacer enjoy a drink in peace? You down your glass, lay a fifty on the bar and turn to get off your stool. You’ll find another place with a bartender who’s less friendly somewhere else.

“Thanks much,” he says, sliding the fifty into his pocket. “And you should stop by the docks while you’re out and about. Ask for The Siren and tell ‘em Douggie sent ya. Guarantee you’ll find work faster than you can say Risoterria Nine.”

Not likely, you think, but you nod your head and smile sheepishly at the guy anyway.

Despite what you thought while leaving the bar, you’ve somehow managed to wander into the portside docking area. It wouldn’t hurt to inquire about a job. The company that offered you employment went belly-up during the fifty years you were napping in the HyperLane. You could really use the money right now. 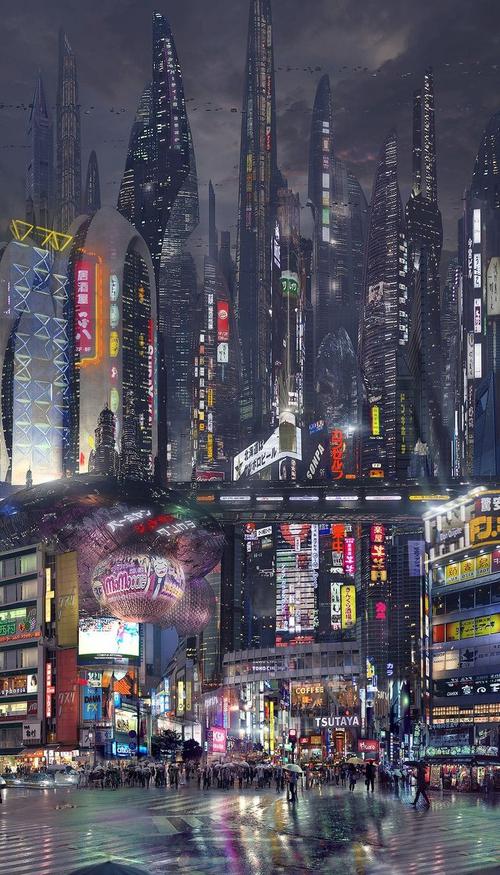 You are a crew member onboard The Siren. It’s a class-2 freighter with eighteen rooms, ten of which are living quarters. The rest of the rooms are the bridge, cargo hold one and two, captain’s office, engine room, medical bay, recreation/ observation room, and formal dining room. All crew quarters come with their own private wash facilities, and the observation deck has a myriad of different activities to participate in.

Captain Lauristen commands the vessel. She is a stern but kind person who regularly treats her crew like family. Each team member has their own job to do, but the overall goal is the same—make money. Whether the job is bounty-hunting, transporting goods or people, infiltrating secret societies, or simply crashing an upper-class party and cutting some purse strings, no job is too big or small.

The most recent bit of coin you’re captain has volunteered you for is a bit of work concerning the bounty of a murder suspect.

Marigold Zhao, a high-ranking government official, was murdered in her home on TerraPrima, a planet similar to Earth. It seems apparent that another young woman named Annette Kyalo is the culprit, but are things always as they appear?

Peter Gardner, an ex-business partner of Annette Kaylo, believes so...

1. The creators of this RP want it to be as much fun as possible for everyone involved. In order to ensure that we’d like to remind you that god-modding, Mary-Sue(s), and non-character control is prohibited.
2. We are looking for semi-literate to literate players willing to write at least 500 characters at a minimum. You don’t have to be the next Lovecraft, but we ask that you be able to communicate an idea or though coherently. As an example of what 500 characters looks like, I have made sure that this rule is 500 characters long. Truthfully, it can seem a bit daunting to write that much, but you might honestly be surprised at how fast it goes. I have absolute faith in your abilities as a writer.
3. General ES rules apply here. There will be no content of a sexually explicit nature allowed here. Cursing, violence, drinking, and laser-pistol slinging are all appreciated.
4. Nothing lasts forever, but we’d like to keep this going as long as we can. To help with this, we’ve got a discord specifically for this RP for communication. Need some time away? Let us know.

The skelly for the RP can be found here.

The Captain:
The duties of a captain are all-encompassing and never seem to end. They call the shots, decide what jobs to take, and manages the ship’s resources. They are responsible for the entire well-being of the crew around them, and genuinely great captains treat them as equals. Meet your captain!
The Engineer:
An engineer is responsible for all the things the go bump in the night, and no, we don’t mean ghosts and ghouls. They fix critical components of the ship when they break, are responsible for maintenance and upkeep, and manage the allocating and purchasing of parts and tools. The best engineers know how to work under pressure and make-do with the tools they have on hand. Meet your engineer!
The Pilot:
The second star to the right and straight on until morning, right? The ship’s pilot sits at the helm to program the flight path, takes defensive maneuvers in combat, and manually steers the ship if the need arises. Good pilots can tell you where the nearest planets, anomalies, and stations are in relevance to your location—great pilots can tell you the nearest bars.
Still Looking
The Doctor:
The ship’s sawbones holds a lot of responsibility in their hands. For starters, they are the only crew member that can circumvent the captain’s orders by reason of medical emergency. They handle medical emergencies with treatment plans and technology to keep everyone up and on their feet. The best medical experts money can buy are cross-trained in psychology, you know, for those really long voyages. Meet your Doctor!
The Cook:
Perhaps the most crucial position on the ship—if you’re worried about morale, that is. A cook will feed the crew with fresh meals at least twice a day, make the grocery list and pick up the goods while docked, keep the kitchen and dining area clean and tidy, and by unspoken law, must cook midnight snacks if the crew discovers them in the kitchen at the same time. Any cook that’s worth their salt knows that a well-stocked liquor cabinet is just as important as a well-stocked cupboard. Meet your cook!
The Muscle:
They could tear me apart barehanded, and to be honest, I’d probably let them. Muscle is an integral part of any ship. They protect the captain, accompany the crew on every away mission, keep the weapons cabinet fully stocked, and intimidate and interrogate when needed. The best security money can buy!
Still Looking
The Diplomat:
No, they aren’t really a diplomat, but they sure talk like one. These silver-tongued spacers get all the most incredible party invites, can haggle for prices at shops, know how to host a dinner party, and can lie through their teeth without batting an eyelash. That’s right, these types are the rogues of the stars. You need to get in somewhere or someone good? Find yourself a diplomat. Meet your diplomat!

This RP is moving to a different site. If you are interested in still joining, please reach out to me through private message. Thank You!
Video Chat Kumospace [Everyone] Gather.town [Everyone]