fifteen years ago around the portland area, a string of murders appeared, where the murderer always leaves behind a carving in the victim's chest, sometimes a number, sometimes a letter, the police started to think of it as a code, but not even the best code breakers or cryptanalysts could crack it, they've used everything possible, but now, now it's just thought to be a lost cause because they suddenly stopped

one day, they reemerged, starting from where they ended, continuing the line of numbers and letters, except for one difference... a card, a card with one of two characters on it and a character that was always left behind, a King, a Queen, and the last character, also known as the mandatory Joker, the Joker was always there, it started to drive the detectives mad, until they started spreading, from portland to Vancouver, always with the Joker card, and the king or queen, they referred to the killer as Kritanta meaning 'god of death'

later the detectives working on the case gave up, and let a new department handle it, they would end up partially cracking the code, the code that they couldn't crack over fifteen years ago, with the same technology, but by using the code that the spies used back in the revolutionary war, as simple as that, but they started having a harder time with the newer last few along with the newer ones, due to their randomized order

chief:
Name:
Nicknames:
Age:(25-34)
Height:
Gender:
Personality:
Specialties:
Weapons: (slice of life RP, so please be a tad normal)
Training specialization:
Rank: (4-5, the reason I make it 4 or 5 is because they are the chief if they are a 1-3 they might as well be a part of the team)
Family Background:
Bio:
Other:

Satans_Evil_Twin:
Name: Elizabeth Kai Berros-Naole (had kept the last name(s) of one of her foster family's)
Nickname(s): El, Eli, Eliza, Liz, Liza, Lizzy, Beth, Kit-Kat/ Twinkie, Monster/ Red-Bull (mainly cuz never see her without one of 'em in hand)
Age: 19
Height: 5'9"
Gender: Female
Personality: calm, quiet (doesn't like to talk much), calculating, (emotionally closed-off/hard to read, kind(at least tries to be), gluttonous (but somehow maintains slim figure despite always drinking energy drinks and munching on a twinkie or kitkat or some snack)
Specialties: (to be revealed in rp)
Weapons:
Carries: 500 S&W Magnum, a handful of switchblades
Knows: various kinds of guns, medium-to-long-range weapons, and blades (inexperienced at fighting with a staff, nunchucks, spear, etc. and is better going hand-to-hand than with long melee weapons)
Training specialization: criminal justice/law, sociology, criminal investigation,
Rank: 2 (after being recently accepted into the force after transferring from another country-- due to the district she was from they believed she would not meet their necessary requirements to maintain the rank she had before transfer and thus took her from rank 5 into rank 2)
Family Background: Orphaned at birth, but did research and investigations on her own and found her biological mother was an addict and prostitute who died recently and her biological father is a mafia leader and head of a human trafficking operation who is still at large/on the loose
Bio: raised (for about two or three years) in a military household and trained as though she were in the marines, learned as much as she could about weapons and combat, and continued to train herself throughout the rest of her time in the foster system after her marine family was killed by Kritanta. Her next foster family was more abusive though the father was a detective whom she observed and practically studied along with learning through books for another five years when she'd first decided to become a detective ((more to be revealed in RP))
Other: Keeps a special, large Pendant around her neck hidden under her clothes at all times (has deep sentimental value and worth almost a quarter-billion dollars),


The Codebreaker (Taken By Akizu):
Name: Aranya Solveig
Nickname: Ara, Solve, Ranya
Age: 22
Height: 5’5”
Gender: Female
Personality: Closed off at times and usually consumed by work. She can be quite friendly to those she interacts with, regardless.
Specialties: Linguistics, Mathematics, Runology, Old History Fanatic
Weapons: Glock 17, and two spare ammo mags
Rank: 2
Family Background / Bio: Born into a family of those who enjoyed discovering the unearthed mysteries of ancient civilizations and always a tad out of the normal box of the regular American-Norwegian family rubric, the Solveigs were an eccentric bunch. Born to Ingrid and Edvar Solveig, Aranya and her 2 siblings were always traveling or working together on whatever mystery their parents threw at them. The hobby stuck, Aranya delving deeper into other languages, Morse code, etc.
Other: She usually keeps a small notebook on her at all times and has a bad habit of taking notes of everything. This also goes for pictures, which can be in bad taste depending on the subject. 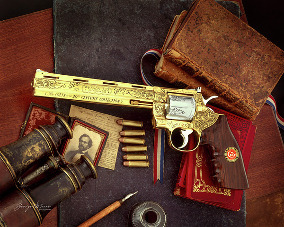 Training specialization: criminal justice, psychology, criminology, sociology, etc...
Rank: 4 (because of his skills and record he quickly climbed up the ranks before being transferred from his last PD)
Family Background: he was an orphan but he did some research and found his mother was in a bad relationship, her name was Liza Eli-liba, when she had Qrow she was an A+ college student, going on a businesswoman, training in accounting, economics, market research, human resources, marketing, finances, forecasting, expansion, business law and much more, she sadly died on June 15th, 2019 of a stab wound caused by her boyfriend at the time, Qrow was able to make it to the funeral even though he didn't know her. his father is still alive, more accurately known as 'King-Pin' (seriously, it even says it on his criminal record) he has not committed any serious crimes (at least hasn't been caught), since 2003 when he was charged for the murder of a man named Jamison Gords, he was 43 and had two daughters, Qrows father got out of prison on June 10th, 2019 and since then has taken his role as a wealthy businessman
Bio: to be revealed
Other: he has military/field training, etc, he can go a bit past the limits of his body, he was basically invisible until he became a part of the detectives unit he was a part of before this unit

Rules:
*follow site rules
*No suicide, sexism, racism, self-harm, etc. (attempted suicide is allowed)
*No killing off characters unless both parties agree
*follow the posting order
*no godmoding
*make sure to use correct RPing format/writing, correct grammar, and punctuation

Other:
*this is not a first come first serve
*Satans_Evil_Twin and I are the GM's, if there is something that we would like you to edit or change please do so
*semi-literate to literate writers needed (not epically literate, but good enough)
*digital artwork images only no real
*Do Not Request Access Until I Say You Can
*1,000 Characters minimum