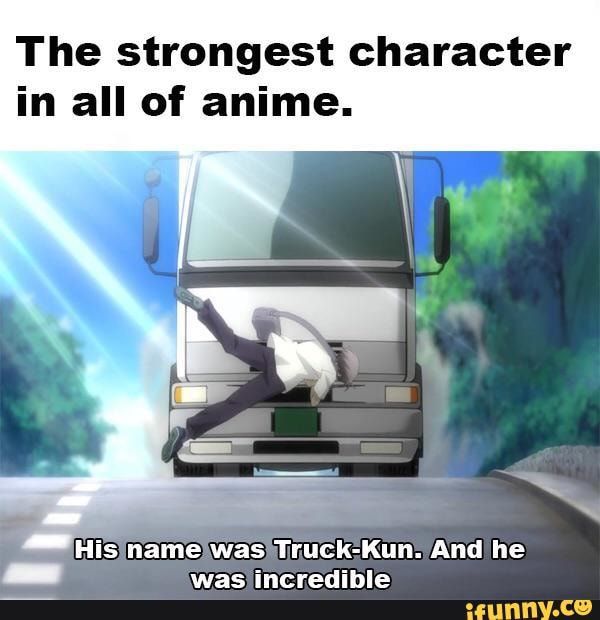 It was a day like any other you were doing what you always do when suddenly DEATH happens and you wake up as a baby reborn into the world of Checlite a semi-modern world still ruled by a matriarchy system. You grow up gaining the power of an element {or two} and live a fairly normal life just with the memories of your past one, that is until one day you get a letter in the mail stating you have been accepted into The Sunkvežimis Academy for the Magically Gifted, so pack your bags and so starts your protagonist adventure, your real reason for being reborn... but wait why does everyone else also claim to have memories of their past lives here what is going on? I thought I was special!?! Muahahaha!

Map of 'Recorded' Kingdoms in Checlite 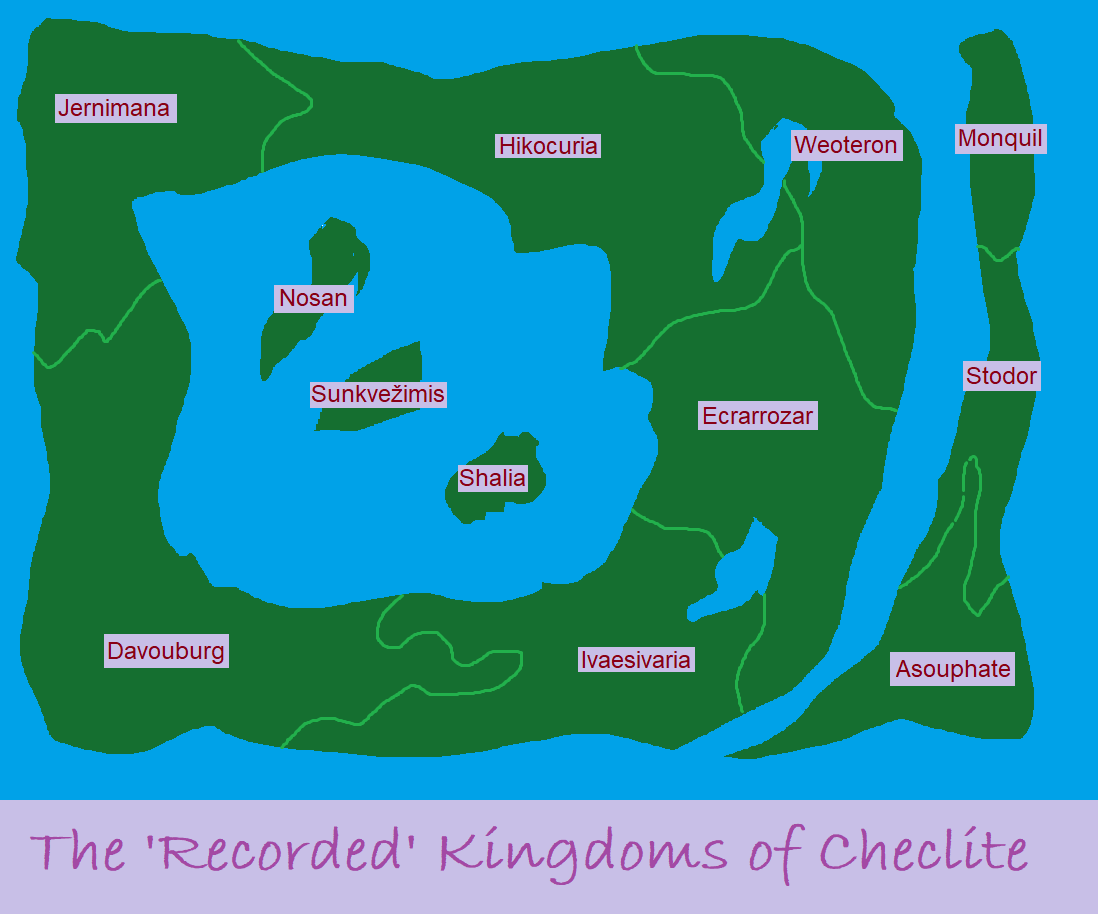 ~Your character MUST have memories of their past life. {how that effects them is up to you}

~Your character needs one hundred thousand hours {12 years} minimum of practice to be God Tier at your Element. God Tier is ONLY for those who manifested at birth and have basically sacrificed everything to it and your current life MUST reflect that otherwise you will be bumped to the level I deem appropriate.

~You may have as many characters as you can handle.

~To Join fill out the Skelly and PM it to me {AslansFavorite} with the PM titled "NANI!?"

~Teachers are to be played as NPC's

~More rules will be added as I think of them

~Thank you for your interest. Luv Y'all <3

All Magically-Gifted people are descended from Nobles and will gain power over an Element by the time they are 14. The ability to manifest control over 2 Elements is rare and has been recorded to only shows up in 40% of the magically gifted. Second Elements can manifest at any time to a point that there is a theory that all magically gifted will get a second manifest if they can live long enough, though 90% of second manifests seem to happen between the ages of 60 and 100, so if you are lucky enough to get a second manifest while still in breeding age you are guaranteed a spot within the Royal Family, but you will also be pushed to breed with another whom has manifested young so rumor has it many within breeding age will hide their second manifest to be able to life a more free life. Royals whom manifest within breeding age immediately become the next heir {Gender be damned} and are pushed into early marriages with any other 2nd manifests to pop out babies as soon as possible, in hopes of getting a 'pure' line of early second manifests to rule the known nations. 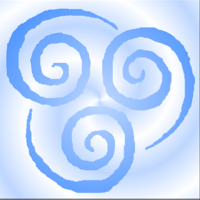 Wind
Rarity: Shows up in 15% of the magically gifted as their main element and in 15% of 2nd manifests. A Common Element.
Common Jobs: Soldier, Athlete, Scouting, Music Artist, and Building Quality Tester
Low: You have increased lung capacity and can create small air patterns. Darkness
Rarity: Shows up in 10% of the magically gifted as their main element and in 5% of 2nd manifests. An Illegal Element. {If you want to live hide at all costs}
Common Jobs: Darkness users are not allowed to work and are either killed or banished from kingdoms once their presence is known.
What's Known: Even at a low level Darkness users have been recorded to kill, control, and abuse without mercy using shadows and darkness itself and are said to be more twisted and cruel than the worst non-magic serial killer. Darkness users produce a black aura that can be seen by Light and Spirit users. Darkness users are created when death surrounds their soul twisting and warping it to be unrecognizable from a normal human soul and people have been trained to see them as living demons. Nothing good comes from Darkness and Goddess help us if one ever lives long enough to gain God Tier Level powers.

Character Pronouns: {Him, Her, Them, Zir, ect.}

Element{s}: {Earth, Wind, Water, Fire, Light, Darkness, or Spirit} {You may have up to two}

Level: {What is your Element's Level? Low, Medium, High, or God Tier} {Level depends on when you manifested it and how much you've practiced since} {Ex. Manifested at 13 but didn't practice until entered school Level: Low} {God Tier is ONLY for those who manifested at birth and have basically sacrificed everything to it and your current life MUST reflect that otherwise you will be bumped to what I deem appropriate}

Parents: {Who are your parents in regards to title? Please include at least 1 noble class parent} {List of classes found at very bottom of thread.}

Past Life: {When did you live last and what was it like} {Ex. Died in 3003 from starvation in a world where humans had all but gone extinct and those left were forced into slavery by aliens.}

Current Life: {OPTIONAL} {Let us know if their is anything important about how you grew up in your current life} {Ex. As the illegitimate child of Duke "Last Name" my father ignored my presence until I was "age" and manifested my powers over "Element" at which point he killed my mom and took me in raising me as his next heir much to the hatred of my siblings.}

Siblings: {Do you have siblings going to the school?}{If Yes Whom?}

Extra: {Anything else we need to know about you?} {Ex. I'm Pregnant, I have a severe crush on X, I tend to keep to myself, ect.} PuppetMaster: AslansFavorite
Name: Princess Kiana Monquil
Age: 15
Gender: Cis Female
Character Pronouns: She/Her
Sexuality: Asexual
Picture URL: https://data.whicdn.com/images/308245636/original.png
Element{s}: Water and Light
Level: Water: Medium Light: Low
Parents: Emperor and 10th Queen of Monquil
Weakness: Fire due to being burned alive in her past life. Men due to abuse caused from being a 2nd manifester.
Past Life: Died in the year 1692 at age 20 of burning during the Salem Witch Trials. Was blamed for being a witch because she liked reading and writing and had been caught writing a story about reincarnation.
Current Life: Born as the eldest daughter of the 10th Queen of Monquil, Kiana had a basic royal upbringing never starving for anything as she was showered with love by her nanny not really caring much for the throne or any of her siblings. Kiana regained her memories of her past life at the age of 3 after her bedroom caught on fire after a candle was dropped. Kiana's power over Water manifested when she was 6 but she didn't train it much wanting a peaceful life where she would die an old age, but unfortunately... Kiana manifested power over Light a week after her 13th birthday and because it's a power hard to hide she was sent to her father who married her off to an elder duke who had the powers of Fire and Wind and was told she was now Crown Princess of Monquil and would inherit the throne when her father died. Kiana was abused endlessly by the duke as he tried to impregnate her at least until she received the letter from Sunkvežimis on her 15th birthday at which point she escaped to attend the academy hoping for freedom from her kingdom and the duke.
Siblings: Yes {Will edit later if I get people joining as other children of the Emperor of Monquil}
Extra: Is 10 weeks pregnant with a child she doesn't want, but can't bring herself to kill. Tends to keep to herself and hides her water magic since she can't hide her Light.
~-~-~-~-~-~-~-~-~-~-~-~-~-~-~-~-~-~-~-~-~-~-~-~-~-~-~-~-~-~-~-~-~-~-~-~-~-~-~ 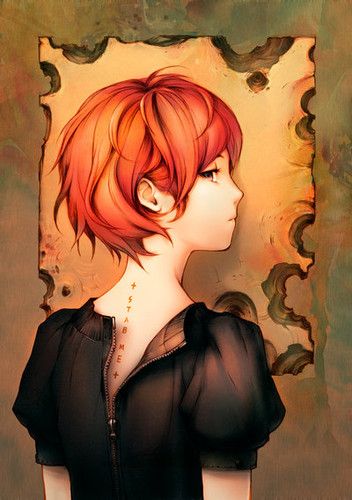 PuppetMaster: AslansFavorite
Name: Catelyn Jonstoney
Age: 15
Gender: AFAB Non-Binary
Character Pronouns: She/Her
Sexuality: Panromantic Asexual
Picture URL: https://i.pinimg.com/originals/11/64/a8/1164a8b68394da6ecce4cb0fe20a9d1a.jpg
Element{s}: Earth and D̷̡͜ąr̨͜͞k͝n͠ȩśs̛
Level: Earth: High Dàr̶͢ķ̕n̸éss:͢ H҉҉̛͜͝i҉g̷̴͞͞h͏̶͘
Parents: Mother was a maid, Father was a count in the nation of Jernimana
Weakness: Having her Darkness powers discovered, but otherwise she can easily be defeated by people who are nice as she's someone who can be easily tricked.
Past Life: Died in 2010 at 15 by suicide in a world where magic was weak and those with mental illness were told to get over it and grow up.
Current Life: Born as the bastard child of Count Tagith of Jernimana Catelyn lived a fairly rough life watching her mother get beaten daily by the countess just because she existed. Catelyn first manifested her Earth powers at 5 and she worked hard to train them hoping to be able to protect her mother from her stepmother and father but at the age of 10 Catelyn watched her father kill her mother after they had finally escaped. This event woke the Darkness in Catelyn as well as her past memories and the man died that night leaving Catelyn an orphan on the run. Catelyn went to the woods and hid surviving on berries and leaves until she was found by a pack of wolves and realizing she could speak to them she let them take her in. Just before Catelyn could go full Wild Child an owl came to the cave with a letter for her and with what little memory of letters she had she realized it was an acceptance letter to some kind of school so with only a simple black dress and a one year old wolf named Kohana Catelyn followed the owl to Sunkvežimis scared for whatever fate awaited her taking her mother's maiden name hoping her father's family wouldn't look for her under it.
Siblings: Kohana her wolf brother who never leaves her side. {Will add more if people decide to be the child of Count Tagith}
Extra: Has a crush on Katashi Nosan.
~-~-~-~-~-~-~-~-~-~-~-~-~-~-~-~-~-~-~-~-~-~-~-~-~-~-~-~-~-~-~-~-~-~-~-~-~-~-~ 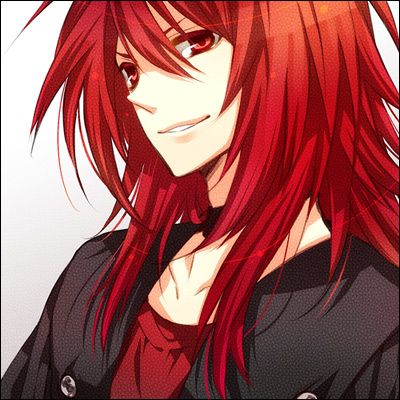 Weakness: Curses and Food, Kat is weak to curses and he is anorexic as eating makes him sick.

Past Life: Died in 2015 at the age of 19 of Eclampsia in a world where magic was vast and beautiful, men could give birth, and where he had a family he regrets having to have left behind.

Current Life: Born as the 15th prince to the Empress of Nosan Katashi spent his life fairly relaxed not having any real goals in life until the day he was kidnapped and abused by a viscount who was mad the Empress refused to marry Katashi to his newborn daughter. The event brought back Kat's memories from his past life and the regret of abandoning his family made him set a life goal of finding them, after all he had been reborn maybe they had too. After the event the Empress started to favor Katashi over some of his brothers and sisters which boosted his position in the kingdom and when his powers manifested at 10 his mom taught Kat herself causing many, many attempts at Kat's life, so the day the letter from Sunkvežimis came Kat packed up and headed out without a second thought. Kat's been at the school for a year now and is studying to become a High Priest of Nosan's Goddess Oniisan of which there is a temple in Nosan so he can stay with his mother, but also give up the throne.

Siblings: Probably {Will add if any children of the Empress Nosan appear} 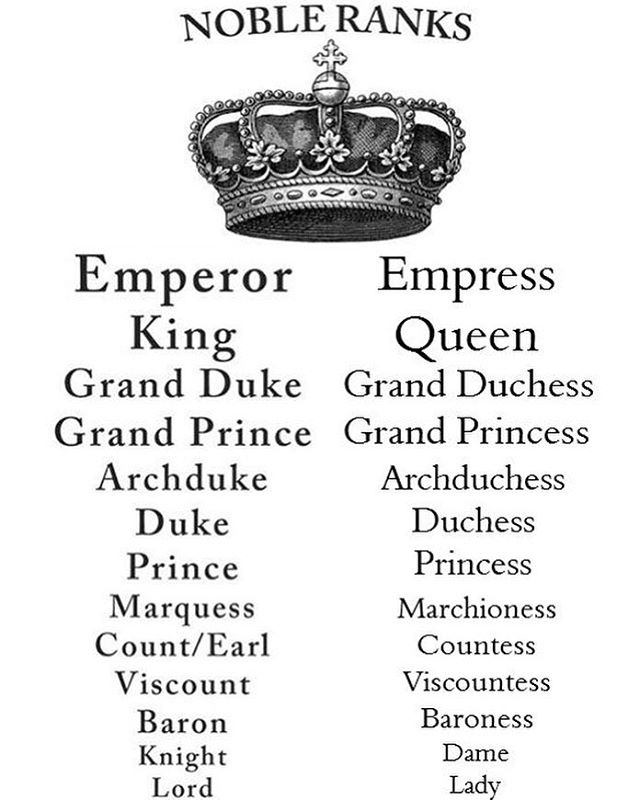 AslansFavorite     1y ago
That feeling you get when you spend several hours world-building for a roleplay maybe 1 person will join because you made it too complicated and because it exists on a barely alive roleplay site.