The land of Yuara has gone through many kinds of Emperors over the years. From kind ones to war mongering ones. Each coronation of the next Crowned Prince always brought worry to what the country would come to know in his reign. One thing all Emperors had in common was their love for their Consorts. It was always the same, he would hold a full harem, and then one would eventually be named his Empress above all the other women. No one was prepared for the latest Crown Prince. As a young boy, he had set free all of the women and young girls that had been detained and sent to the Emperor, his father, as a tribute of servents and concubines for protection from his wrath.

This earned the boy to become hated by his father, and soon all of the young women and girls that had been sent as a tribute for consorts were recaptured, and the Crowned Prince was forced to watch as each and every one of them were killed before him. Except for one... Kaila. 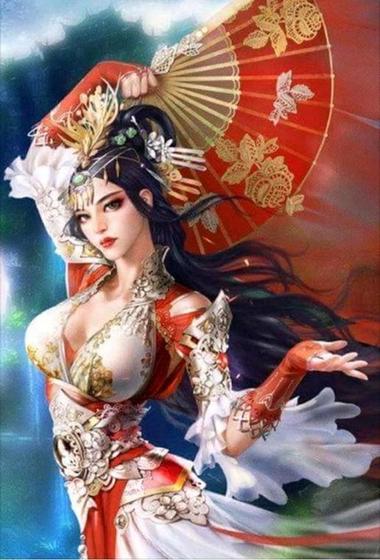 Thanks to her mother, she had gotten away before she could be recaptured. In fear of being found, she masqueraded as a boy and was taken in as a Horse Boy named Kai by an old Nobleman where she spent her years tending to the chores, caring for the animals in the stables, and learning how to defend herself. Upon turning sixteen, she had been called to the Lord's tea room and it was there that he revealed that he had known since she was a child, that she was a girl, despite how she would dress and act like a boy, binding her chest tightly to try and stay hidden. She explained her story to him, and he told her of the upcoming war against the Emperor that he was to fight in. This broke her heart as she feared he would not survive the war, but he claimed he would rather die than to live on in his tyranny. She vowed to fight with him, but the Lord threatened her, claiming that if she went to fight, he would expose her as a woman. She was to remain at the manor, caring for his staff and home in his stead. 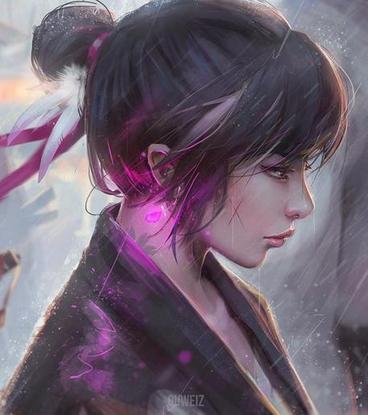 Two years passed and the war raged on until one lucky move was given to the Old Lord, and he managed to kill the Emperor with an arrow, ending the war and the Tyranny. The Crowned Prince wanted to offer him a reward for his great deed. The Old Lord waved off any reward but knew that the Crowned Prince would become the newest target in a rush for the throne and power. Lords and Generals coming for his position and that he would need someone wise at his side to help him see through the lies. He offered his horse boy who had done him well for many years.

Now Kaila must maneuver her way through the palace and help the Crowned Prince become the new Emperor at his coronation upon his next birthday. As she and the Prince would grow closer and become great friends, it would soon become apparent that Kaila was not a man. Would the Crowned Prince understand? Would he take the act of deception as deceit for his power? Will he even remember the young girl he had helped to free so many years ago?

Ravanya   Kai (Kaila)   1y ago
[b [i "Kai! Step quick, lad, the Lord wants to see you in his tea room, immediately."]] One of the guards called down from the main home as Kai was herding a chicken back into its coup. He frowned and in confusion and once the chicken was locked away, he would sigh.

[#000580 [i [b "I just knew that when you got out, it was going to be a bad day. This is your fault, Ima..."]]] he blamed at the chicken who clucked at him angrily for being locked up again. He sighed and ran a hand through his bangs and along with the headband that rested beneath them before looking up to the grand manor. [#000580 [i [b "The tea room..... must be a serious talk, then."]]] Making sure the chicken couldn't get free again, he turned and began to make his way back to the house with a slight yawn. It was early afternoon, right about the time the Lord took his tea, though he usually liked to take it alone as it was a time for him to honor his late wife.

[#000580 [i [b "I hear you, Bang, I'm coming!"]]] He shook his head and set into a light job towards the main doors of the manor. It had been eleven years now since he had come to the manor with the old man, the only time they talked in the tea room was for something serious. Making his way through the many halls and up a set of stairs to the next story and down another hall, Kai would come to the tea room and giving a light sigh would knock twice and wait for permission to enter.

[b [i "You may enter, my boy..."]] With that Kai opened the door and stepped in, moving to stand towards the side of his table and give a soft bow of his head. The Lord waved a hand at his formalities and pointed to a seat in front of him. Kai frowned and looked to him with a questioning gaze. [b [i "Sit..."]] Something serious was going on after all. Kai moved to the chair and took his seat, taking the moment to pour the tea for them both and waited with his hands wrapped around the now-warm cup. [b [i "My boy..... my Kai, I think that.... it is time that we discussed some things that you have been hiding from me..."]] the old man said as he sipped his tea.

[#000580 [i [b "M-Milord... If this is about Ima and her escape jobs, I swear I've no idea how she keeps getting out...."]]] Kai stated, now worried and sitting more rigid in his chair, finger lightly tapping the rim of his cup in a nervous habit. The old man shook his head and waved him off again with a soft grunt.

[b [i "That damned bird would be dinner by now if she didn't lay the biggest eggs... but, no son, this is about something much bigger than the chicken... It has been many years since you came to live with me here. And though you have been one of the best of my staff here, and possibly have everyone else fooled, I have seen through your lie since the beginning.]] Kai felt his palms starting to sweat and let go of the cup to lay them on his legs beneath the table. His features, though, gave away nothing but an odd concern of this otherwise serious talk. [b [i "I believe that you are old enough now to explain to me why you are masquerading around as a boy when I've known from the start, you're a girl..."]]

Kai, originally named Kaila, felt her stomach drop to the floor beneath her as she stared at the old man wide-eyed. She had known that it wouldn't last forever, but to let her believe that it was working all these years was cruel. [#000580 [i [b "Was I so obvious? Why let me think I had you all fooled if you had known from the start?"]]]

[b [i "Not everyone knows. Bang knows, I know, and of course, the physician knows, and they all swore to keep the secret at my word. I figured you had your reasons for why you needed to remain a boy, so I let it slide, but you are growing older, your body is already developing as the Gods have birthed you to be. How long do you believe you can continue this for?"]] Kai didn't answer, instead, she would stare into the teacup. [b [i "So then... tell me what happened..."]] Kai was silent awhile, the nightmares and flashes of that summer night racing through her mind before she sighed and told her story, of how she had been a concubine tribute when she was younger to be given to the palace for the Emperor. That night they had been freed by the young Crowned Prince and ran away. Someone spotted them fleeing and the hunt had begun. Kai's mother had hidden her away where she stayed for three days before she thought it safe to travel to the next town where she started her masquerade as a boy to avoid being sent back again.

They sat in silence for awhile drinking the tea as they gave the emotional tension in the room ease softly. When her cup was near empty she looked up at the old man. [#000580 [i [b "Are you going to send me away now?]]] He looked to her like she'd asked him if the sky was purple.

[b [i "If that were the case, then why keep you all of these years? Child..."]] he started then sighed to lay his hands folded on the table a moment. [b [i "I will be leaving in a month... I am joining the others in this war to stop the Emperor. Something has to be done about his reign before more innocent lives are lost."]] Kai looked to him with wide eyes and started to stand, claiming that she would go with him, fight with him. [b [i "If you so much as step one foot off my lands to fight, I will expose you as a woman to the entire world...."]] he said sternly and she froze in fear.

[b [i "I will be killed if I stay... we must strike first. You are to stay here and care for those here while Bang and I do our duty."]] She lowered her head in a defeated bow to his words and soon she was dismissed. Over the month of preparing, she tried to get him to change his mind, but he would never budge. When the time came to leave, she tried to look strong for him, then spent the night in her room praying and crying for his safe return home.

Over the next two years, the news of the war was devastating. The Emperor would take out whole villages and set up bastard ambushes to take out those that opposed him. When news traveled of his death it was like the country herself took a deep relieved sigh. Kai was brushing what few horses remained in the stables when calls came from the main house and the staff came running out. Looking towards the road, they could be seen. The old man and Bang, looking almost twenty years older than the day they left, war-torn, and tired, but alive. Her joy at them coming home was short-lived with the Lord told Kai that she was to be escorted to the palace, immediately.

She was to become the Crowned Prince's advisor and to help him rise to become the new Emperor. Packed up and set to one of the best horses the Lord held in his stables, they rode for the Palace to return to the place that had killed Kaila and birthed Kai.